Pony Discussion » Why does this website hate Cozy Glow so much? Search Posts
Started by Charade
Posted 8 months ago
418 replies
Subscribe

Latecomer
@Ring Team
Well, you’re not far from what many (including me) consider one of the show’s best episodes, even if (also like me) you find it one of the weakest seasons. And if that doesn’t change your mind on Cozy, probably nothing will.
Posted 4 months ago Report
Link Quote Reply

CORDZ2000
@Ring Team”:/forums/pony/topics/why-does-this-website-hate-cozy-glow-so-much?post_id=5073610#post_5073610
thats only the 4th ep a later ep I won’t spoil is where opinions on cozy change more especially with the finale.
Posted 4 months ago Report
Link Quote Reply

Sadly, it is not since I dont love to hate her, I just simply dread her screentime overall.

But ehh, more power for you I guess.
Posted 4 months ago Report
Link Quote Reply

Love Is On The Way
I mean, it’s a bit far to say that an entire website filled with thousands of registered members all collectively hate one single character since you can find just as many regular fan-art of her and with the Legion of Doom and posts showing appreciation of her. That’s not counting all the countless posts who talk about her wasted potential or her untimely fate at the end by those who saw more out of her.

But to answer your question, it’s either A) those who really have seething hatred and it’s their way of showing their hate for her or B) some sort of fetish or kink cause if Spikeabuse is a popular tag for some reason, then one for Cozy isn’t that far fetched.
Posted 4 months ago Report
Link Quote Reply

A neutral person
@Myoozik
Many people think that I’m B, and that I have a fetish for Cozy Glow abuse whenever I post a picture of Cozy Glow being abused or killed. But I actually do not, and Cozy Glow abuse doesn’t turn me on. But I’m A, and I’m just a person who really hates and despises Cozy Glow, and those kinds of pictures do show how much I hate her.
Posted 4 months ago Report
Link Quote Reply

Love Is On The Way
@DarkyBoode32
A bit excessive, don’t you think so?
Posted 4 months ago Report
Link Quote Reply

A neutral person
@Background Pony #6CFF
@Background Pony #B163
You’re complaining constantly over something you could just filter out. If you don’t like Cozy Glow being abused or killed, don’t even bother, because it just gets really annoying. 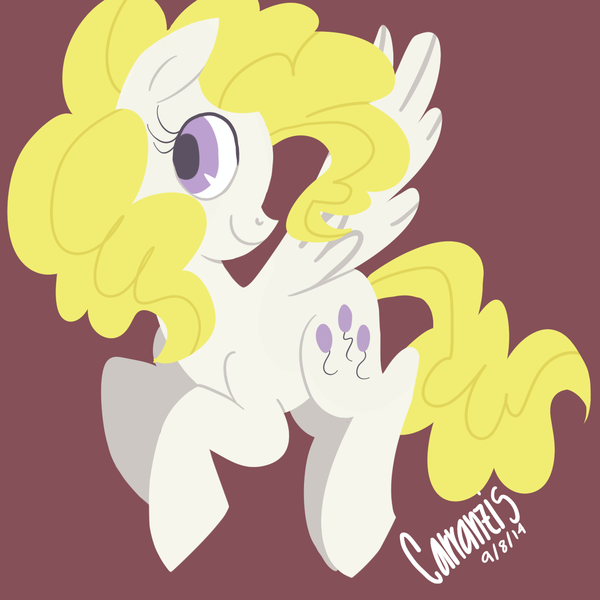 I think this more of a reaction against the people who keep defending her on the sole basis of her age.

Spike, Dashie, Scoots, Flutters, Twily, Pinkie had it harder than Cozy, even has heroes.

Posted 4 months ago Report
Link Quote Reply
Background Pony #E700
@CORDZ2000
This ignores the fact that Discord showed no remorse when Celestia had him released and the fact that everything he did afterwards was AFTER being given that chance and having Fluttershy stubbernly helping him despite her knowing who he was and what he did. Then there’s also the fact that Discord did everything that he did a thousend years ago and upon his escape for his own personal amusement.

And if were going with her being petrified, remember that it wasn’t the friendship magic beam that did that. That only depowered her. It was Celestia, Luna and Discord that decided on giving her that extra punishment when she was left defenseless and harmless. Keep in mind that the same kind of attack streight up petrified Discord. In other words, the pure friendship attack saw fit to turn him to stone while Cozy only got depowered. Therefore, the decision to do that to them didn’t come from some higher moral authority, but from three people with their own biases.

And we have no evidence that she’s a psychopath or sociopath. People without those conditions are capable of doing the same things that she did. Frankly, we don’t have enough knowledge of her personal life, past or mindset to truly make such a deduction with a hundred percent accuracy. Frankly, the fact that she took the blame for the CMC and the fact that in Frenemies she seemed to show a genuene likeness for helping others shows that it isn’t the case with her. And even if she did have one of those conditions, it shouldn’t be impossible to still work with her and teach her how to live normally with it. There are plenty of examples of people like that living normal lives.

CORDZ2000
@Background Pony #E700
The friendship magic beam isn’t proven given the beam does different things all the time. Plus working together doesn’t show that they cared about friendship in the end as they only did it to gain power and were ready to betray each other at a moment’s notice especially cozy who tried to. Freniemies shows everyone has the potential to be better but it doesn’t mean they will ultimately choose to be even if it’ll give them a better option for them.

I compare discord betraying them to tirek to cozy betraying them in S8 except for when he did it besides fluttershy no one truly treated him like a friend at the time and still had remorse despite being a literal manifestation of chaos who should enjoy the havoc Hes making, cozy had everything lots of friends, a high position, trust and care of the mane 6 teachers and still decided to betray all of them for power with no remorse this just really really shows that cozy wants to be a bad guy, while u can argue her imprisonment was too far given shes a kid and we should have seen some backstory. I only wanna go off on what we know and she did ultimately bring it on herself.

And I dont think a lot of abuse tags are probably hate some just exist because they know there are fans who will jump to cozy defense and are trolling her defenders. She would manipulate,betray,use them up and throw em away possibly “destroy” the very strong vocal defenders if she was real. Btw im not saying u can’t sympathize with bad people discord isn’t the greatest of guys either admittedly as a person but he is trying so I do sympathize with him. I just feel some of the cozy sympathy is misplaced because of these things imo.

Posted 4 months ago Report
Edited 4 months ago
Link Quote Reply
Background Pony #E700
@CORDZ2000
I only brought up the friendship beam because your post brought up the fact that Cozy ended up getting turned to stone as if that somehow makes her irredeemable despite no attempts being made to redeem her. And the fact that Frenemies showed potential for them to be better makes it all the worse that they were never given any help in realizing that potential. When did Discord show that potential even before he was turned to stone the second time? The only reason he started showing it in the first place because he was given the chance and help to do so, something which the trio and by extention Cozy, never got.

At least Discord had Fluttershy, who still trusted and tried to help him despite knowing what he was like, what he did and just how dangerous he could be. No one knew that Cozy was secretly evil and as such, were not trying to reform her and when she was revealed they gave up on her almost immedietly. A school, even one based on friendship, is not a rehabilitation program. What Discord got is. And again, Discord’s actions in s8 and 9 were after he got his second chance making them all the more worse. If he deserved that many second chances, then its only fair that at least one attempt at rehabilitation should have been made with Cozy.

And yes, Cozy would try to manipulate others, but we don’t know that she can’t be changed because no attempt was ever made to do so. If Discord was treated the same way Cozy was, he would never have reformed and would never have tried reforming. Cozy deserves the sympathy she gets because of the way she was treated as opposed to people who were at a time just as bad as her.

CORDZ2000
@Background Pony #E700
Cozy second chance like i said was the friendship school and like I point out she had everything. If he had that he probably wouldn’t have betrayed them to tirek or if he did he would have showed even more remorse for betraying those who showed him such kindness. Tbh Discord doesn’t really have a rehabilitation program he isn’t personally sat down and taught lessons like cozy was, what happens is he messes something up or doesn’t understand something and then learns. What he does in s8 and 9 are after its established he has to think chaotically on some lvl or he disappears besides matter of principle discord helped big Mac and the end. In every episode in S9 discord had the ultimate goal of helping a friend even when he messed up.
Posted 4 months ago Report
Link Quote Reply
Interested in advertising on Derpibooru? Click here for information!