@Smart Heart
In the context of the show it works.
It’s an animated world of magical talking animals so a suspension of disbelief is mandatory, I mean I assumed that went without saying.
And I can say there were some truly monstrous kids at my school, you must have been lucky, I thought everyone knew psychopathic little demon children like that growing up.
Cozy is the antithesis of the “lessons and morals” in FIM, inconspicuously manipulating all around her.
Deviously cunning, unapologetically cruel, completely sadistic, totally unremorseful, sharply sinister all while being sickeningly cute and completely unassuming. If you don’t think that makes a great villein you probably need to get into other things besides MLP for a bit to broaden your horizons.
That’s what makes her such a great and menacingly creepy villein, that’s what makes it an exciting and engaging show and not Barney & Friends or the Teletubbies, that’s the whole freaking point. Isn’t it?
You can like and enjoy a villein or anything for that matter without having to emulate or agree with their actions motivations and beliefs. That’s entertainment.

You put the way I feel about Cozy into words cozy is a great villain, i love the tragic villain trope but honestly we need more just evil because I am villains because sometimes people do bad things just because they want to.
People I feel like think I hate Cozy and even tirek and chrysalis because I don’t downplay their evil and try to make them better than they are or turn them into innocent victims and am fine with them being stone but I don’t hate them! At least not in the sense of hating them as in seeing them as bad characters i love to hate them there good villain characters because thats what they are.

Mlp has such deliciously evil villains that some shouldn’t be reformed and just because friendship is magic doesn’t mean everyone can and or wants to be your friend and doesn’t mean insert dictator with H in name here loved their country and even mother showing the potential for goodness doesn’t mean they’ll choose to try to be better.
Posted 4 months ago Report
Link Quote Reply
Background Pony #3CAF
@CORDZ2000
Some evil people may takes an apocalypse for them to see their errors, those people are the ones irredeemable.

According to Miraheze, it said so.

Exactly. You want reality? Some people are just plain evil. Look at human history for reference.
It must be said, one persons evil can be another persons good, like most things it’s all relative and subjective.
But Cozy is an objectively wicked little b**ch and I wouldn’t have it any other way, that’s why I love her.
Pure unfiltered evil at it’s finest, and i’m sure she was created with that being paramount.
Posted 4 months ago Report
Link Quote Reply

Smart Heart
@Background Pony #65C0
Even if such people exist, they are extremely rare. Even then, that doesn’t mean we can’t try to prevent others from becoming like them. Like Twilight said, the world is a dark, cruel place, but it’s not the way it has to be.
Posted 4 months ago Report
Edited 4 months ago
Link Quote Reply

Smart Heart
So the world will always be a dark and cruel place?
Posted 4 months ago Report
Link Quote Reply

Smart Heart
Like I said, they’re very rare. Still, if that’s the case, why does she keep fighting if there will always be evil?
Posted 4 months ago Report
Edited 4 months ago
Link Quote Reply

Latecomer
@Smart Heart
Because if no-one stands up to it and tries to make things better, the world will just get worse.
Posted 4 months ago Report
Link Quote Reply

CORDZ2000
Team Hitch
Mlp is overall idealistic but it has always had a bit of realism which is a difference from cynicism and been willing to focus on serious topics.
Posted 4 months ago Report
Link Quote Reply

Smart Heart
But didn’t the characters always try to overcome them with an optimistic tone?
Posted 4 months ago Report
Link Quote Reply
Background Pony #65C0
@Smart Heart
I admire your optimism but in reality I feel there are far more people like Cozy than we can possibly know, past and present.
Some say good and evil right and wrong are all just concepts at the end of the day, concepts that nature and the universe itself doesn’t adhere to. That they are Human constructs by which we measure our actions.
That said take the actions of Ted Bundy or Jeffrey Dahmer, pretty hard to justify any of their actions as anything but true unadulterated evil with no chance of redemption or pardon.
I gather your argument is that in order for Friendship is Magic to give a positive message it needs to follow a specific strict formula that kids shows have been doing since even before the medium itself eg most religious texts, bad guy turns good and good always conquers evil light vs dark etc.
Don’t you think that would become repetitive predictable and dull by season 9 of any franchise?
Like I said I think children for the most part are perceptive enough to pick up that Cozy is not somepony to emulate and idolize as a hero because they understand how the show portrays her in a less than positive light and that it is not real anyway. Unrelated but related, what are your thoughts on the violent video game debate? 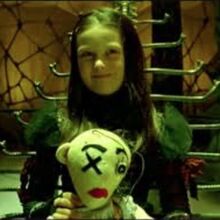 Cozy reminds me a bit of Mora. Cozy should’ve had a doll.
Posted 4 months ago Report
Link Quote Reply

But the only way to beat them is to use their methods against them like Discord did?

Smart Heart
But Discord used them as puppets and knowingly led them to their deaths. Is that really so heroic?
Posted 4 months ago Report
Link Quote Reply
Interested in advertising on Derpibooru? Click here for information!