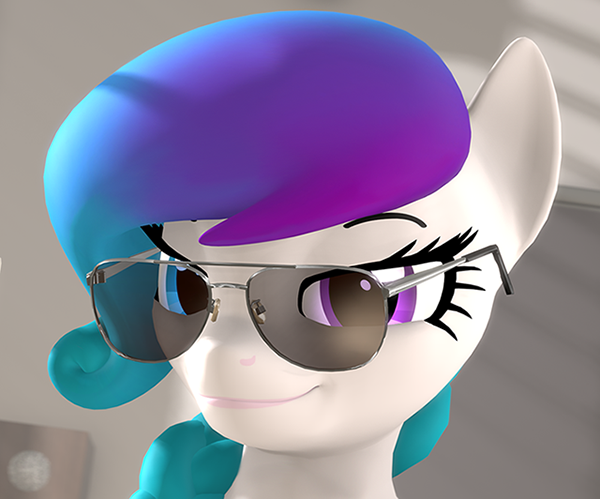 AP
Hey, I’d like to suggest removing the ability for Anon users, to be able to add/change tags under any art, and the reason why’s that is because I don’t like seeing how they can easily add offensive/insulting tags under my or anybody’s art and I can’t even report them for breaking the #0 Rule since they’re Anons.
Posted 2 years ago Report
Link Quote Reply
Background Pony #0299
@AnthroPoniesSFM
If you’re actually having an issue with tag vandals, just report the image that’s being vandalized and explain that it’s an ongoing problem. You can’t tell who the anons are, but the mods can find out if need be and have the power to block IP addresses if it comes to that.
Posted 2 years ago Report
Link Quote Reply

BigThirsty ponybooru.org
@AnthroPoniesSFM @AnthroPoniesSFM
If the re-tagging continues to happen after your report’s closed (and you’re it’s otherwise sufficiently tagged), report it for rule #2 and request the tags be locked to prevent further vandalism.
Out of curiosity, which images are they? You can link to them here by formatting them like >>###### (example: >>1674037)

Note: you shouldn’t do this for any image arbitrarily. This request should be reserved for seriously [read: very frequently] vandalized/tampered with images.

Looking For My Doctor
@AnthroPoniesSFM
I don’t see any recent reports from you, please report the vandalism again so we can look into it.
Posted 2 years ago Report
Link Quote Reply

BigThirsty ponybooru.org
@AnthroPoniesSFM
Reason I asked for links was to tag them as thoroughly as possible before and if it gets locked. The reports are the staff’s territory.

As for the reports, you are best advised to just report an image for Rule 2 (click the “reports” button under the “source” part), then link the others in the report. Unless I’m corrected and it’s better to report them all.

Sending an email to ops really doesn’t go to the right team. Next time, please click the ‘Report’ link on the image, and report them for Rule #2. Reporting one is enough, we can follow the BP’s other behavior on the site to see what else they had done.

In this case, it was someone who has been doing this on some images repeatedly for four months, so we really prefer to get them off of the site.

We’ve fixed the tags on the images you linked, and on the other images that person vandalized, and have locked those tags so it can’t happen again.

AP
Thanks a lot!
Posted 2 years ago Report
Link Quote Reply
Background Pony #91Z0
Are anthro and human the same? They both are human and on two legs. Or am I missing something here?
Update: Anthro are animals on two. They’re animals, given human-like (anthropomorphic) attributes and features like Ember

Humans in MLP are just humanised version of MLP characters not to be mistaken to EG.

Retired Ass
@Background Pony #91Z0
What you’re missing is that anthro are anthropomorphised animals. They’re animals, given human-like (anthropomorphic) attributes and features, to a greater or lesser degree.

Humans are humans. They might be humanised MLP characters, but that’s not all they are.

Moderator
extra fun at parties
@Background Pony #91Z0
Welcome to the internet, you must be new here.
“Anthro” is the common abbreviation for “antropomorphic animal”, although strictly speaking antropomorphism can apply to anything that’s not already human to begin with. Most anthros are animal-based though. Furries are an adjacent term to anthro, but not totally interchangeable–the former refers to a specific subculture and its conventions and tropes are not the end-all be-all of the wider spectrum of anthro.

The degree of antropomorphisation varies greatly. At the low end of the scale we have animals with human-like, but distinctly non-human intellect and cultures (e.g. Watership Down), animals that emote like humans (e.g. the horses in Spirit, Stallion of the Cimarron), animals that are fully animal-shaped but have human-like inner lives and culture (e.g. Lion King), and animals that on top of that also do “people things” such as wear human clothes, have human technology, while retaining a very animalistic anatomy (e.g. Peter Rabbit).

MLP features a universe of ponies that are already rather anthropomorphised with their emotes, gestures, inner lives and society, and brought closer to human anatomy in the face region. This is the baseline for the tagging definitions on Derpibooru. When we say “pony” we mean an MLP, low degree anthro pony; not the Equus ferus caballus of our own world. For characters rendered closer to the non-antropomorphised end of the human-anthro-animal spectrum, we have tags like “hoers” and “realistic anatomy”. Probably others as well, but this is already turning out a big ole post.

For Derpibooru purposes, “pony” characters are quadrupedal, but for the sake of cartooning or gags do occasionally stand bipedally for short periods.

Then, a “semi-anthro” is generally shaped just like a “pony”, but are bipedal. Since they tend to carry things with their forelegs and be posed like humans, “semi-anthros” often have somewhat altered limb anatomy, bringing the elbows and knees closer to the halfway point on each leg.

Once a character’s anatomy departs from “pony” more than the small adjustments in limp proportions for “semi-anthro”, i.e. has clear elements of human anatomy, we tag “anthro”. This is probably the widest scope, as it ranges from slightly elongated “semi-anthro” all the way to pony-coloured humans with sorta ponyish heads.

An “equestria girl” is otherwise human, but has pony colours.

A “human” generally has no discernible non-human anatomy, however the category does allow for non-human peripheral, “accessory” anatomy such as animal ears, tails, and fantastic elements like wings and horns. If these are included on a “human”, that is to be tagged accordingly. In this sense, Derpibooru tagging considers “kemonomimi” a subclass of “human”.