I miss the show so much
Since “pp” is an alias for “pinkie pie”, should prisoner pp be renamed/expanded to “prisoner pinkie pie” and “prisoner pp” aliased to it?
Posted 7 months ago Report
Link Quote Reply

Have I been using these tags in the correct manner?

I guess so? The only thing I’m left wondering is if there isn’t some other tag that I’m not aware of that identifies tail-aware clothing design. How little “tail hole” was used gives me pause.
@PUBLIQclopAccountant

BTW, contingent on what, if any, action is taken in terms of potential aliasing or not, this ought to imply nuzzling
@Background Pony #0299

Hm, yes, “neck hug” as a phrase could be interpreted as “hug targeting the neck” or “hug performed by a neck”…
Looking at a few that are currently tagged with “neck hug”, for ones like:

your current filter.
I think hoof around neck/arm around neck ought to be used instead of “neck hug”.

your current filter.
ordinary hug plus arms around neck seems like a good way to identify it, which leaves “neck hug” for exclusively the horse behavior.

What’s ember’s tag when dealing with everyone looking like Twilight Sparkle?

Seems like it’s not consistently tagged. Some use pony racism (which is not specific to Ember, but can apply due to the “all look same” aspect of it), and a few use face blindness/prosopagnosia (which are synonyms AFAIK and should probably be aliased)
@JP

I would have thought so, but all of those tags for the different characters use the shorthand form, for better or worse, so IDK. (For some reason, the one for Fluttershy uses “ft” instead of “fs”)
@cheezedoodle

I sleep should imply meme. And maybe image macro but I don’t know. Maybe not.
same for glowing eyes meme

It looks like they should, indeed.
When you’re pretty confident about a tag alteration, it’s requested that you make a thread about it.
Posted 7 months ago Report
Link Quote Reply

I miss the show so much
@Background Pony #52BA

I would have thought so, but all of those tags for the different characters use the shorthand form, for better or worse, so IDK. (For some reason, the one for Fluttershy uses “ft” instead of “fs”)

That’s odd. Maybe whoever created those tags assumed the shorthand forms work everywhere and that “prisoner pp” would automatically expand to “prisoner pinkie pie” but they never checked if it did?
Posted 7 months ago Report
Link Quote Reply 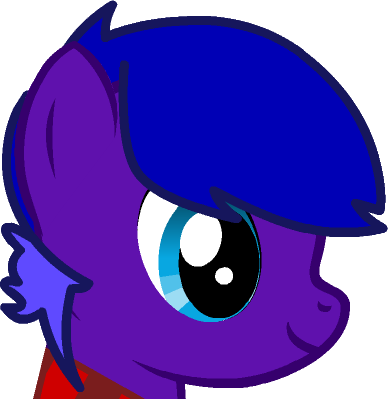 Should an image with the background empty but with a single shape be tagged as abstract background?
Example:

OC maker
@Background Pony #52BA
I think the face blindness’s the one. thanks :)
But after some searching I found Twilight’s counterparts with what I’m also looking for.
Oh I found an image

Ocs,Boops,Tickles&Memes
So it seems like there is someone adding New Mane 6 (g5) to image of the g5 ast that include Sprout in them, all seem to be done by one person.
should the tag be removed or not?
Becuase it seems like g5 is only going to have 5 characters as the mane cast, and so far there are no hints or whatever saying that Sprout will become the 6th member of the mane cast.
plus we already have “mane five” to represent the new cast, so having that tag feels unneeded.
Posted 7 months ago Report
Link Quote Reply

Pubilq Phirm
@Algebroot Neogears
What happens when you copy one of the direct links and paste it into the Wayback Machine? Does the Internet Archive have an old copy?
There’s also a deletion-free (and comment-free) mirror of Fimfiction, but I don’t remember its name and some fics that were deleted long long ago aren’t in its collection.

Science fiction fan
@TexasUberAlles
Actually, all source links link not to the fanfic, but to its art on Deviantart. I only found a link to the fanfic in the comments for one of those images in Deviantart.
Posted 6 months ago Report
Link Quote Reply

Moderator
Undead inside
@Background Pony #7C7A
People can use the images in other images, thus making them not solo, or draw non-safe things with them. Implying ratings is generally very bad and causes issues.
Posted 6 months ago Report
Link Quote Reply
Background Pony #7C7A
@LightningBolt
OK, that makes sense.
And by the way, starry mane implies ethereal mane. It seems to result in quite a lot of non-ethereal starry manes being tagged as ethereal. (I assume ethereal means the flowing, ghostly kind of manes that Luna and Celestia have.)
In general, the implications should be visible before submitting the tags. Preferably each implication would indicate which tag implied it. This would solve quite a few problems.
Alternatively, there could be a “suggested tags” feature. Like implications, but they are not automatically applied. Instead they would get shown to the user and could get applied with a single click each.
Posted 6 months ago Report
Edited 6 months ago because: suggested tags
Link Quote Reply
Background Pony #52BA
What is (lots of nsfw) cutiemarking?
It seems to cover quite a wide range of things, which I guess could all very loosely be interpreted as “defacing a cutie mark”..? (from “taping a paper on your flank” to “corpse desecration”)
Posted 6 months ago Report
Link Quote Reply

G5 tagging is a mess right now.
Most of the images in spoiler:my little pony: a new generation don’t spoil anything beyond the existence of G5 characters. I feel like that tag should only be used for screenshots and other spoilers of the movie’s plot, assuming it’s not time to merge it into the movie’s main tag yet.
spoiler:g5 is in a similar boat. I assume that’s meant to be used similarly to the broad season spoiler tags of the past (ie. spoiler:s09) where the specific episode/special of the spoiler isn’t yet known. At this point, I think this covers G5 spoilers for anything that hasn’t happened yet. The only things that jump out at me as fitting of this tag are speculation of Sombra returning and earth pony Sunny with striped hair, and yet not even all of those images are tagged with “spoiler:g5”. IMO, that tag can be stripped from 99% of the images that currently have it.
my little pony: a new generation also includes lots of images that seem more broadly applicable to G5 as a whole and not just the movie, like generic character art.
Also, it’s been discussed many times before, but I think we should consider giving sunny starscout a shorthand again.
Posted 6 months ago Report
Link Quote Reply

OC maker
There are a lot of coloring books in the series, we got g2, g4, g4.5, g5, jumbo, etc.
Posted 6 months ago Report
Link Quote Reply
Interested in advertising on Derpibooru? Click here for information!