"Solo" should not be allowed on images with more than one character tag.

Tagging Discussion » "Solo" should not be allowed on images with more than one character tag. Search Posts
Started by Dissonance
Posted 1 years ago
9 replies
Subscribe 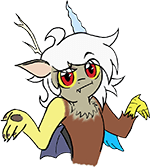 Dissonance
For the glory of Eris!
Basically title.

Detailed description:
This tag is to be used when there is only one character shown in the image.

…..use solo against proper guidelines. 882054 in particular was tagged by a mod as such, but a mass tag cleanup* requires moderator permission.

*I'm not sure even what scale solo is misused, but I'd rather get shut down by mods before putting in a lot of work, rather than after.

Preemptive defense against some who might say… ">>1674618 only has one character in it, so solo works!"

Dissonance
For the glory of Eris!
@LightningBolt
Ah, you got in before my edit.

For the first, if a body pillow is not a character, then the character of the pillow should not be tagged.

The second, even as a Meta-image, it still contains multiple characters, which goes directly against solo's Detailed Description, key phrase: "…in the image".
Posted 1 years ago Report
Link Quote Reply

Moderator
Undead inside
@Dissonance
No the pillow character SHOULD be tagged, they are just not a physical character in the image.
The second one should be changed.
Posted 1 years ago Report
Link Quote Reply

Dissonance
For the glory of Eris!
Well, I've managed to get two out of three of the brief examples.

I feel like I can pick more at the pillow one, but…

The reason I'm bringing this up is that solo is causing issues with my team's AI pony face generator, due to multiple faces per image muddying the training sets.

Again, I'm not sure how extensive this is (I'm really more of the team's "Rubber Duck") but I'd like to get permission for, if not mass tag editing, then a system for mass submission for tag re-review with regard to solo.

If the latter choice, then I fully expect to have over 50% of images submitted changed to more strictly fit solo's definition.
Posted 1 years ago Report
Link Quote Reply

yay(){ yay|yay & };yay
Sounds more like a problem with the tag description not properly representing all common (and correct) use cases of the tag on the site.

due to multiple faces per image


Even following the "strict" definition you'll still get images like >>2051819 and >>2049604 or something with mirrors like >>2037097 that contain multiple faces despite being solo.
Posted 1 years ago Report
Edited 1 years ago
Link Quote Reply
Background Pony #F6A8
There's also the case like >>2026618, where the character appears as some inanimate object (such as a toy), or >>2042946 where the only other character is a floating hand/penis/some body part. Do those count as "solo"?

For multiple faces,
This image is blocked by your current filter - click here to display it anyway

Edit: If you want some solo face pics for AI, would bust, solo help a bit?

Moderator
Undead inside
@Background Pony #8404
I have no idea.
Posted 1 years ago Report
Link Quote Reply

I would also ignore characters who only appear in pictures, as plushies, or in other 'not actually present' ways when tagging solo.