Rainbow Dash: super speed & super strength, she & fluttershy are dating, a big fan of carol denvers, her dad is Shield agent, later on she becomes friends with kamala, she’s mutant

Pinkie Pie: she is very similar to her pony counterpart, carry’s around a circus like hammer, she is friends with members of the comedic hero community like Deadpool or Squirrel Girl

AppleJack: has similar power set to Luke Cage, her family & the form is located near the hero school she is attending, We find out what happened to her parents in this universe in chapters of the fic tie-in to Original Sin

Twilight sparkle: former pony now Human oid try to ajust to this new world got year & half to get her crown back trying to maste


Twilight sparkle: former pony now Human oid try to ajust to this new world got year & half to get her crown back trying to master Eques magic(an ancient race & counterpart to equestrian magic), she also dealing with lots teen-age stuff as time goes on she slowly becames more of teen-ager despite being in her 20’s back home

Fluttershy: has the power to talk to animal & gain ability’s of the animal when she toughs them, she & Rainbow Dash are dating, her grandmother was founder of SHIELD, she doesn’t like fighting, she’s an Inhuman

Rarity: able to make force fields & shoot beams from her hand she is into fashion just like her pony counterpart, she is a fan of hero’s like the the original Wasp(janet) & Emma Forst

Sunset Shimmer: a student at Dr. Dooms school that teaches the villeins of tomorrow(see my last post), she has demon from, & lost the crown,

Queen Celestia: ruler of Eques, she is a master of Eques magic, she used to date THOR & Hercules, she is good friends with queen of Inhumans Madusa & Doctor Strange, she fought in World war 2 with Captain America & invaders,

Princess Luna: was banish to Mars for 500 years, trixie is her daughter in this universe(peter quill is trixie biological father but only few know that) she has only returned 11 years ago, instead of twilight & friends it was Doctor Strange in one of his first big missions as sorcerer supreme, luna is still adjusting to this new age & trying to redeem herself while also being a mom, she is friends with princess crystal(Queen Medusa sister & fellow mom) and LOKI

so what do you guys think about it so far?
Posted about a year ago Report
Link Quote Reply

@Joseph Raszagal
is this the one from Hickman run or the new one Chip Zdarsky made in Marvel 2 in 1 that learns from the mistakes of the first?


I believe that learning from their mistakes would be a much more productive endeavor.
Posted about a year ago Report
Link Quote Reply
Background Pony #CE1B
@Joseph Raszagal
the new one first appeared in resent Marvel 2 in 1 annual #1 also what do you think of @Background Pony #B3A5

Emily Brickenbrackle III
@Background Pony #B3A5
While I like the idea of the Mane 6 fighting alongside the Avengers, given the many possibilities present there, I've just never really been too keen on the idea of shipping MLP characters with characters from another universal canon. 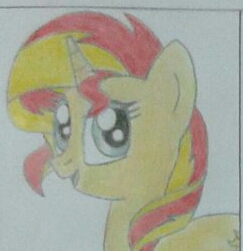 As a fan from the Ace Combat franchise, I had a thought.

In Ace Combat 7 (the last game of the franchise) there was a penal unit known as the Spare Squadron, composed of convicts. Each plane had a certain number of white scratches, known as "sin lines", depending of the pilot's crimes.

Well, in an hypothetical crossover between Ace Combat and MLP, I would like to see a similar unit composed of reformed antagonists (Sunset, Starlight, Trixie, Tempest…) and non-reformed or neutrals (Lightning Dust and her washouts crew, Iron Will, Wind Rider, Flim Flam bros…).

Some Wonderbolts (like Spitfire) and some of the reformed pilots would be the commanders.

Every pilot will have their respective sin lines like in the game, whatever if they are reformed or not.
Posted about a year ago Report
Edited about a year ago
Link Quote Reply
Background Pony #4698
I didn't know where to ask on this part of the forums, but I've been looking for a fanfiction I read on fanfiction.net a long time ago and I don't remember the name of it. It was about Chrysalis getting some antithesis of the Elements of harmony called the "chaos gems" or something like that (Which were a parody of the Infinity stones from what I remember) This story was written before the Avengers movies with the stones were released, I think back in 2014?ish or earlier maybe. and unleash this entity called Chaos that was Discords father. From what I remember it got batsyay crazy and I was wondering if it ever got finished.
Posted about a year ago Report
Link Quote Reply
Interested in advertising on Derpibooru? Click here for information!