Oh hi, Markdown. We are migrating the site to use Markdown. This is currently in beta testing phase. Click here to learn more.
Pony with care! Remember to tag images from or revealing story of the G5 movie with spoiler:my little pony: a new generation, and report any images of camrips/leaks for Rule 1!
43 62 62 0 43
Subscribe
Galleries
Featured in
Sign in to create a gallery
Related
View VS Download DS
Uploaded 5 years ago by SquiddyWiddy 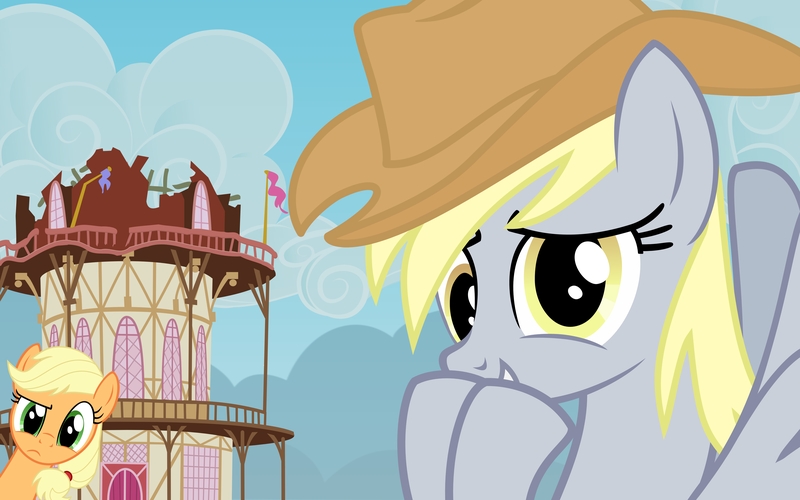 What if she ended up with a Reliant?

SecretAgentCrashMcNeal
@Background Pony #96B0
I’ll add it to my read list. I like silly and short.
Posted 5 years ago Report
Link Quote Reply

Note that car can also hold 4x8 amount of room in the cargo area when all the seats are down. Wagons aren’t high with headroom, though; a second reason why it’s in the fanfic is because it’s a utility car. Not pickup-truck or SUV type utility, but cozy road trip type. Also since it’s well maintained for being about 20 years old, it’s showy to a degree - not brand new but clearly cared for.

Fluttershy and that bus could bring up some interesting future developments. I hope Flim reminded Applejack to not use Gasoline in that Diesel too, a friend of mine just told me of a story where someone put gas in a diesel tank and damaged if not destroyed the engine.

SecretAgentCrashMcNeal
@Background Pony #D7A0
Utter crap? Nope. They weren’t full-blown luxury cars but they weren’t crap.
Body-on-frame like a truck, a Chevy small-block (which can be repaired with gum and coat hangers) and an interior that can take the worst of 6 temperamental kids and an outraged mother.

You seem pretty stuck on talking down the author’s choice of vehicle for Rarity. If it bothers you so much, walk away. There is no battle to win here.

I’ve read that, though I don’t think I absorbed it all into my mind very well. I did notice what you mentioned.

I don’t know much about Cadillac wagons, except that there are very few of them.

Regarding Clamshell wagons, the tailgate occasionally had issues with going off the track; such as, if dirt got in it.

In the fanfic it had to do with finances. The one she ended up with is a last-year (1996) Roadmaster in wonderful cosmetic shape, for $7,800 - which isn’t an unreasonable price at this time (IMO) if the rest of the car’s in as fine shape as the cosmetics.

Sure, you could argue that a Audi Estate would be more in character for Rarity. But wouldn’t a Rolls-Royce or Bentley be even more fitting? Why not a classic Jaguar E-Type?

SecretAgentCrashMcNeal
@BarryFromMars
Weren’t the Cadillac wagons mostly made by coach builders? I’m sure Caddy made some on their own.

I’ve seen a few of those clamshell wagons. I also like the tailgates that can either drop down or swing out. Neat engineering.

@BarryFromMars
The Volkswagen emissions scandal hasn’t helped the reputation of diesel either.

Page I’ve read about the 5.7 Diesel if anyone’s interested… No water separator in those engines!

But, let’s get back to Wagon talk…

I was reading some wagons in the 1960s had rear window wipers which retracted into the tailgate. I’ve not seen this before and to recollection, these are on Chryslers.

Ugh, now I recall a day as a kid being stuck behind a stinky truck for miles. I don’t know if it was Gas or Diesel. Still, Diesels can be cleaner now; Biodiesel is getting more common lately and that lowers emissions, the petroldiesel doesn’t have as much sulphur in it now (and that lowers lubricity, which is fixed with Biodiesel mixed in) and there’s some emission-lowering system on models made since 2007 (Correct me if that’s changed.) Ironically though that emissions system makes it so you can’t run 100% Biodiesel in it.

Even a Diesel from the 1950s could run on Biodiesel, as long as all the rubber components in contact with the fuel are replaced. (Biodiesel rots rubber.) Also, since Biodiesel cleans up emissions so well it’s recommended to use it gradually; it also cleans up fuel systems of unused Petroldiesel fast which can plug up fuel filters, so using a mixture and moving up in Bio grades is recommended.

I’m not sure the reports on those ill-made 5.7 Diesels that they were made from gas blocks are correct, but whatever happened they did mess up a lot in earlier years. The issues were rectified in later years (1984, 1985 in particular) but the reputation damage was done by that time.

Funnily, my 1999 Suburban isn’t classified as a truck. That is, even if I’m towing 7,000+ pounds (counting the trailer weight) I don’t have to take it in to a weigh station - in Pennsylvania at least. Literally, this information’s coming directly from several police stations.

Heh, “550 Yup” on the license plate for that blue 1957 Suburban. Those are some nifty wagons there.

Wagons were common in the 1970s too, I have too many to list in one post here but here’s one particular oddity for the time:

Pictured is a 1974 Cadillac. Few Cadillacs were made, most were Buick, Chevrolet, Oldsmobile or Pontiac. Out of the hundreds of thousands manufactured, not many remain now - as I said earlier, those rear windows on the sides were prone to rust since water just laid there; couple that with the fact these things are pretty darn hard to stop in a demolition derby and there’s reason why there aren’t as many these days. 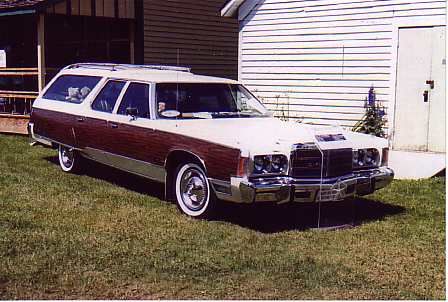 I don’t know a lot about these ones, though they do look nice I think.

I wanted to post a pic of a red one, this reminds me of A Charlie Brown Thanksgiving since at the end the gang are in the back end of a red wagon which has dual side-facing seats in the back characteristic of Fords and Mercuries.