Ponyverse Earth has no Windigos, and people still leave in peace and harmony. Because, as I said before, this is an optimistic and hopeful franchise that teaches us that our past is not today, and to rise above hatred.

What about Fluttershy, what … to be struck by lightning …!?


Or flattened by a dragon?

What about Fluttershy, what … to be struck by lightning …!?
Posted about a month ago Report
Link Quote Reply

Though if she was indeed a midget, people Wouldn't be complaining, but they would be pretty confused on how she snuck in. 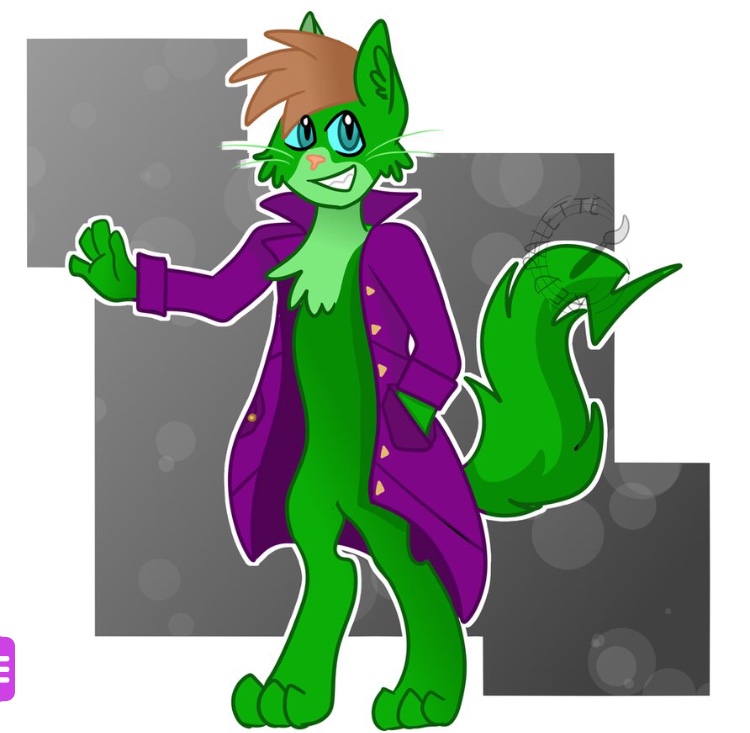 Lady of Ships and Birbs
@Minus

Gilda grew up in a bad family in a bad home and had only one friend she really cared for. And whilst acting the way she was taught to be, tough, she also had to deal with feeling like she was losing her only friend to someone else.
In the end, her jealousy made her fears come true. A good moral. But god is it depressing that Gilda had to be alone for so long after. She deserved better. I related to her even back in season 1. Back when everyone was gushing over how great Trixie the arrogant was. A character who was not a product of bad upbringing, but was just a douche. It aggrivated me to no end.

I'd started to give up on her getting a second episode. So glad she got it. She deserved it. But I always kinda hoped for a 3rd where she'd have to spend time specifically with Fluttershy. Oh well. The fandom provides for itself now. I've got fanfics to get my happiest ending. I just hate that she was viewed as a villain for so long for the crime of jealousy. I guess we were low on real villains at the time though. People had to make do… Even though Trixie was clearly much worse.

Oh damnit now I'm being jealous that Trixie got loads of episodes and Gilda didn't. Did I learn nothing?

Though to be fair on some part of the fanbase, Gilda was a bully and a thief (even though having her steal and pick on Fluttershy did feel needlessly tacked on in order to give Pinkie a reason to dislike her). Trixie didn't do those things. If anything, the Mane 6 kinda bullied her by heckling her show.

I do get where you're coming from though. It took me a long time to even remotely like Trixie because of her egotistical personality.

the Watsonian reason is that the Pony races are FORCED to make peace with one another because, if they don't, the Windigos show up and eat them.

Notably, "The Next Generation" takes place in a future timeline where there are no Windigos, and what do you know, the Pony races are indeed at each other's throats.

The reason there is strife and prejudice outside the Pony kingdoms is because the Windigos don't care about the non-Pony races. No Windigos means no reason to avoid fighting each other.

Hell, I just said that G4 is picking up where Fred Rogers left off, and Fred Rogers was from Earth.

Ise no Kami
The Reviewer Cat
@Background Pony #4A18
Sounds all fine and dandy, coming from the race that’s relatively been living in Xanadu all this time. Not that I personally have anything against ponies, but the realist in me thinks that ponies should’ve gotten a lot of in-universe, undeserved hate for being practically untouched by the harsh realities of life beyond Equestria’s borders. No amount of friendship schooling’s gonna fix that; if anything, the concept might piss creatures off more.
Posted about a month ago Report
Link Quote Reply
Background Pony #4A18
This show is on the same wavelength as "Mr. Rogers' Neighborhood" or "Sesame Street":

a hopeful, idealistic, optimistic show that promotes forgiveness and redemption.

It's supposed to inspire viewers to forgive, and to let them not they can be forgiven for their actions, for those who truly matter.

"My past does not define me, cause my past is not today".


Posted about a month ago Report
Link Quote Reply
noneimportant

CORDZ2000
ZCORD2000
@Background Pony #1AD3
"Considering what Discord did in S9, i think it can be easy to see why. He disguised himself as Grogar. "
But i do think Gilda needed the Redemption. [/bq]"

My response: I can say he deserved his happy ending, u can dislike the twist, dislike discords actions hell your meant to to a degree. But to imply disguising himself as grogar proves he didn't deserve redemption, thats ron the death eater where a Fandom makes out a character to be more mean or evil than they are in canon. Let me explain…

In s9 he yes took morally questionable to Grey methods but his heart was only in the right place of helping twilight believe in herself and to prepare her to be a great leader of a country, he didn't mean for things to get so bad and it did get so bad because of his established arrogance not evil intent as to where once made to truly realize his mishaps, he vowed from the bottom of his heart to make it up to his friends.

Discord risked his life to deflect a beam that could have killed him to help the ponies escape so the mane 5 and spike could save equestria and can be seen joining the battle against 3 villains without any powers.


Posted about a month ago Report
Link Quote Reply
Background Pony #952B
@WyrmSpawN
Seriously? Did you even read Minus's comment? We didn't learn about Gilda's home until season 5. We NEVER learn about Gilda'a family.

You're grasping so hard you're citing someone who is falsifying information.

Abandoned By Hope
@Background Pony #952B
Gilda came from nowhere but it was explained off the bat that she had a history with Dash, left no ambiguity as to her actual comparatively grounded motivations, and had backstory further explained after establishing she had a place of origin where everyone kind of sucks. So like, 75% of Minus's comment down there.
Posted about a month ago Report
Link Quote Reply
Background Pony #952B
@WyrmSpawN
Gilda materialized out of thin air and the fandom vilified her. Unless you want to argue that the fandom vilified her because she's a griffin, in which case hurray for racism; your point is moot.
Posted about a month ago Report
Link Quote Reply

Abandoned By Hope
@Background Pony #952B
It would have helped if we ever saw the Good Place.

By which i mean the life circumstance.

Because she all but materialized out of thin air and Equestria is big enough to have places and create ponies that suck.

The whole point of Gilda's "reform" is that people from bad places are bad for a reason not because they're born bad. If anything, Cozy Glow was supposed to be the 'abusive villain', a pony born in a good place but chooses to do bad things anyway, but the fandom couldn't get past "BUT SHE'S A CHILD!" 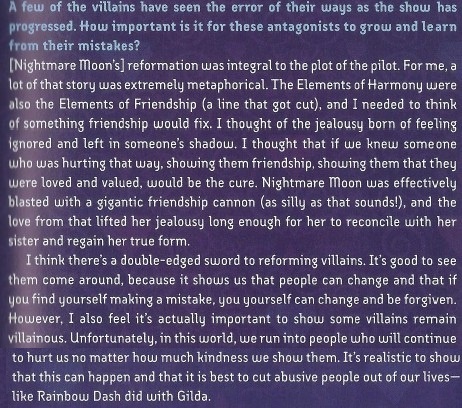 Doctortom96
I can't believe I missed this picture of Discord. I follow the tag almost religiously
Posted about a month ago Report
Link Quote Reply
Background Pony #7339
@Minus
The writers probably didn't know what to do with her now that she reformed. Same case for most of the reformed characters.


@Background Pony #1AD3
Considering what Discord did in S9, i think it can be easy to see why. He disguised himself as Grogar.
But i do think Gilda needed the Redemption.