Derpibooru Community Collab! It is time for us to make another community collab image! Let us all have fun and draw some pony. Learn how to participate here.
123 183 182 1 7
Subscribe
Galleries
Featured in
Sign in to create a gallery
Related
View VS Download DS
Uploaded 4 years ago by Background Pony #FC1C
1300x813 PNG 684 kB
This image is blocked by your current filter - click here to display it anyway

Pomegranates :P
I know what he's interested in.
This image is blocked by your current filter - click here to display it anyway

Posted 4 years ago Report
Link Quote Reply
Background Pony #4A8D
I like GlimmerDiamond as a pairing, honestly, at least if it's reformed Glimmer. DD's seen her at her worst and forgave her at the end of the season, and he's a really rad character. Since the only line Sunburst had in Season 5 was a horse noise, he'll have to really pull off a strong appearance in Season 6 to break my fondness for GlimmerDiamond.

(Honestly, it's kind of sad when you realise Double Diamond and Party Favor possibly the best scenes for any stallion in the season if not several seasons when they chase after Starlight. Most of the other stallion moments in the seasons are played for laughs and gags, with only Big Mac at the end of Brotherhooves Social really heartwarming.)

Terminal Red
@Evowizard25
Your taste in anime is almost as bad as yor taste in pony.
Ok I wont get that personal…most anime is unwatchable garbage.😉 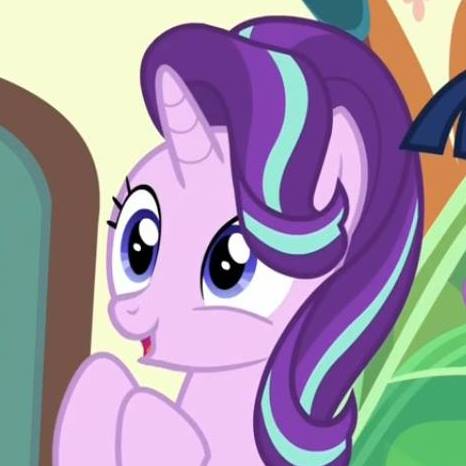 Glimmy-Glam
Glim=Adorbs
This is so cute! :3
Posted 4 years ago Report
Link Quote Reply

Terminal Red
Ew, that would be like going back to your emotionally and physically Abusive redneck husband.
"But you dont understand, I love him! It's my fault he loses his temper!"
Double diamonds deserves better. Nightglider is where It's at.