Pony with care! Remember to tag images from or revealing story of the G5 movie with spoiler:my little pony: a new generation, and report any images of camrips/leaks for Rule 1!
26 36 34 2 18
Subscribe
Galleries
Featured in
Sign in to create a gallery
Related
View VS Download DS
Uploaded 4 years ago by Phil Srobeighn

A Royal Problem really inspired me. I might go down as one of my favorite episodes all-time. 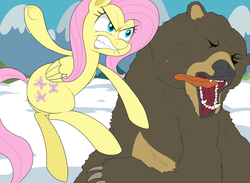 ☧
@The Hittite
I considered this, but it seemed so Blazeishly X-mana to me. Better to capture the dreaminess of it, though.
Posted 4 years ago Report
Link Quote Reply

The Hittite
Dreamscape Flare 6UR
Sorcery [M]
Until end of turn, each creature has base toughness 1.
Dreamscape Flare deals damage to each player equal to his or her life total minus 1. At the beginning of the next end step, those players gain that much life.


Still broken, but it's something.

The Good Hunter
At least the text on the cards look ok.
Posted 4 years ago Report
Link Quote Reply

[Citation Needed]
Since it was the only thing Fan didn't really comment on. Dreamscape Flare:

Arcbond + Fireball, but on one card and for 4 less? Yes please? It might not actually kill any creatures on its own but Electrickery is a thing. Also you don't even need to be red? Ragged Veins. Druid's Call. Rite of Passage.

The wording however seems problematic:

Flare vs Planeswalkers = dead Planeswalkers. They don't have life totals so the replacement effect wouldn't save them.

The final sentence doesn't have an end-state and doesn't refer to just its own damage. That would make any creatures it deals 'lethal' damage to indestructible for the rest of the game if you don't manage to finish them off before end-of-turn with an extra point of damage from a second source.

The italic/reminder also states that any additional damage caused to creatures that would die from a Flare will be lethal. Even if you then increase the toughness of a creature to the point where the additional damage dealt wouldn't ordinarily be lethal anymore?

If you cast two Flares in one turn, can you override the second cast's final sentence with the prior cast's italic sentence and cause creatures to die? I think so…

The wording can be changed to make the "doesn't die" effect less broken, I've re-written it more-or-less as how regenerate operates (without accidentally giving creatures dealt any damage actual regenerate — I hope) but it takes many words, isn't terribly clear and I think there's way too much text on the card already.
I'd try to achieve what I think you want with replicate instead of {X}:
Compare how much text is needed: Right:
Dream Flare deals 1 damage to each player whose life total is greater than 1 and
each creature with less damage marked on it than one plus that creature's toughness.
Replacement effects cannot affect this damage.
Replicate: {R}


As each copy resolves it simply stops affecting players and creatures it would otherwise kill.
The last clause is to stop it being lethal if you doubled the damage a source deals or converted damage to -1/-1 or poison counters or something. Planeswalkers just become unreachable.
There is, of course, a difference between causing 5 damage and then maybe ignoring some of it and causing 1 damage (up to) 5 times. The latter is probably slightly stronger but I don't think overly so.

I know that {2}{R} Replicate:{R} isn't conventionally costed but I like the idea of needing specifically more red for more damage. Anyway {1}{R} Replicate:{1}{R} seems a bit cheap to set off and a bit expensive long-term (since it won't deal lethal without trickery).


And now the rest I suppose. In no real order.

Lavender Sconce: Seems to have a reasonable CMC to me actually, but something like {3}{W}{W} or {2}{G}{W}{W} would be more appropriate for colours.

Music Box: Not sure what I'd use this for without knowing other cards in your block… I suppose I'd exile Reckless Embermage for ghetto Pyromatics or Psionic Entity for a source of 2 damage a turn or Serrated Biskelion for a -1/-1 counter each turn. Otherwise it just seems like an expensive way to haste a creature ability or steal abilities from a creature you've 'borrowed' for a turn from an opponent (but Cloudshift is what I'd usually use for that). Doesn't seem worth 5 given what you'd need to have out to apply it to. 3 maybe? I guess it does force your opponent to destroy an artefact before destroying your creature but you can make a creature hexproof or indestructible for less.

Toothbrush: Ick. Fan's right, fighting somebody who managed to get even 2 of these on the table would be horrible. -1/0 to Non-Dragons instead maybe?

Daybreaker: Definitely R/U for shenanigans with that return to hand effect. I don't really see why it has firebreathing.

Exhausting Switch: I'd rather just use Switcheroo and keep their creature forever. Or Act of Treason. Or Ray of Command. If you made this an instant you'd get 3 turns of control up from the current 2 and you could actually swing with the creature you exchange. That would be better; instant temporary control feels more blue than red. I suppose the black is because of the -1/-1 counters which seems more like flavour than anything practical.

And thanks for the reword on Music Box! 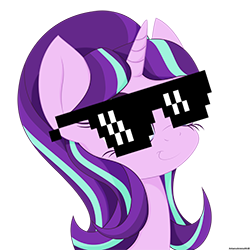 I think that with reminder text, Imprint would end up taking more space than it saved. Also I think it might work better without Imprint from a flavor perspective, but I'm not sure; I'm no expert.

With the advent of the "exile" term, imprint's been made into an ability word. It'd probably go something like this:

Heck, it doesn't even need the ability word.

Making it X U R works well, thanks.

No. No it does not. You are giving blue a board wipe that can hit players and can easily lead to death by Slither Blade. Remember, outside of Commander, a hybrid spell can be cast by either color, and thus needs to be an effect that either can do on its own. Blue most definitely can't nuke the field, even if it's a nonlethal variant.

Also, Festering March isn't the right comparison here, since the worst-case scenario is it applying only during one player's turn. Think more along the lines of Night of Souls' Betrayal, Curse of Death's Hold, or Phyrexian Lady Gaga.

@Keith Mowz
True story, it originally started at 1G. I guess I don't feel the wide range of other removal that makes this that different from Dolmen Gate. I'm thinking of changing it to an instant with hexproof, but giving the creatures a boost when they untap (to play on the well-rested nature, as my wife suggested privately) and Retrace (she does have to discard land every night to do it…)

I agree with what @FanOfMostEverything said about Daybreaker and Dreamscape Flare. Both should definitely be blue-red, with that reflected in the cost, which works from a top-down perspective with the being a dream thing too.

I guess my mind was in Commander mode too much to think of how easily splashable Dreamscape Flare was, but I still want it to cost less than XR. Making it X U R works well, thanks.

Have you ever played against a blanket toughness reducer before? Believe me, there are few things less fun than creatures clogging up your hand because they'll die the moment they see the battlefield.

Me: reads above to wife, who gave me the idea of the second ability
Me: Ha! I've played against it many, many times…
Wife: What's wrong with [Festering March]? (She said Cumberstone, but loves Festering March too)
Me: Fan's saying it's not fun.
Wife: It's fun for me.

The Fluffiest
@Background Pony #B46E
It being an instant or sorcery would also fit with the idea that she finds herself changing it out every night. Or possibly making it a permanent of some kind (either Artifact or Enchantment) that you'd tap mana to activate for a round.
Posted 4 years ago Report
Edited 4 years ago
Link Quote Reply

Hclegend
The Glimglam Fan, Fam.
What is this "MTG"? There is only Yu-Gi-Oh and Hearthstone.
Posted 4 years ago Report
Link Quote Reply
Background Pony #595C
First off, I love the flavor text.

I agree with what @FanOfMostEverything said about Daybreaker and Dreamscape Flare. Both should definitely be blue-red, with that reflected in the cost, which works from a top-down perspective with the being a dream thing too.

Again like FOME said, Lavender Sconce is OP. The effect would work better if it were an instant or sorcery that went til end of turn, but you'd need to fluff it differently.


@FanOfMostEverything
I think that with reminder text, Imprint would end up taking more space than it saved. Also I think it might work better without Imprint from a flavor perspective, but I'm not sure; I'm no expert.

The Hittite
@Keith Mowz
Nope, any creature with 0 toughness dies when state based actions are checked (so pretty much any time a spell isn't actively resolving.)
Posted 4 years ago Report
Link Quote Reply

Planeswalker — FoME
Interesting concept with Daybreaker, though the last ability is definitely more blue than red. Not what I have planned for her, but interesting.

Dreamscape Flare is… weird. Very weird. Really not sure how to feel about it being splashable in any deck.

I see where you're going with Music Box Assistant. Given the amount of setup it needs, I feel like you could afford to shave a mana off its casting cost. Plus, you may want to format it more like a traditional imprint card.

Exhausting Switch, quite bluntly, feels like more trouble than it's worth. And more of a black-red effect to boot.

Lavender Sconce seems insanely good, since it's effectively "Attacking creatures without vigilance you control have indestructible." At the very least, I'd shift it to white as is. Flavorwise, giving them hexproof might be more appropriate.

And Draconic Toothbrush… Have you ever played against a blanket toughness reducer before? Believe me, there are few things less fun than creatures clogging up your hand because they'll die the moment they see the battlefield. Making one that costs two mana? No thank you.