Enter if you dare
@Beau Skunky
Another annoying part about it is that the tweet itself was complaining that firefly was not rainbow Dash's mother.
you know the g1 pony who was turned into G4 Rainbow Dash because they weren't allowed to use firefly.
At least with the CMC episode a connection could be made up that wasn't completely contrived
Posted 1 years ago Report
Link Quote Reply

Warning: Nuts Inside
@Beau Skunky
Oh, some people are really carrying that torch as if they genuinely believe she's replaced Twilight. Other people make her out to be genuinely evil and just biding her time.
Posted 1 years ago Report
Link Quote Reply

Life is but a dream
@northern haste
That's messed-up.

@AC97
I was actually against Discord reforming at first, but I actually like how it was handled, and he still retains some of his mischievous, unpredictable, and chaotic behavior.

I kinda wish more reformed villains retained at least a li'l of their old personality, like that. Starlight has hints of it occasionally, like when dealing with her own control issues, meddling, and such.
Posted 1 years ago Report
Link Quote Reply

Of course he won't ever be completely chill, though maybe he'll lose the "Disharmony" part of his title, one day, and become weaker, as I've seen other people put it.

Warning: Nuts Inside
@AC97
One could question if a being of pure chaos could ever completely chill. If he did, everyone would bitch.
Posted 1 years ago Report
Link Quote Reply

Or, as a shorter way of putting it goes: Discord is on a significantly longer road to becoming a better person, because he's been an unrepentant prick for much longer than Starlight ever has been, so naturally, it'll take longer for him to mellow out.

Warning: Nuts Inside
@FLUTTERBADASS
The main difference between Starlight and Discord is that, unlike Discord (who remains pretty much an unrepentant jerkass) Starlight is legitimately trying to improve herself. And what terrible things has she done recently? Two of most egregious examples of doing something wrong could have largely been avoided if Twilight had been in any way helpful.

Every Little Thing She Does, the most popular one that everyone cites, was still early in her reformation and likewise still early in her learning how to not be an asshole. Twilight gave her a list of activities to do with the rest of the Mane 6 without explaining that said list of activities was about getting to know the ponies she was spending time with. Starlight, using logic, went forward either uncertain about or definitely knowing she's not much good at these otherwise mundane activities and wanted to get them out of the way as quickly as possible. She's trying to be efficient, in a "suck it up" way. She lacks the understanding needed to comprehend that she's supposed to be spending time with friends, further complicated by her use of magic to try and make things orderly. All Twilight had to do to stop this was explain to her student that she needs to spend time with her friends doing things they enjoy. Starlight apologized to the girls, but it's pretty clear that while they forgave her they're not really interested in being her friends. Only Pinkie has had much to do with her since this episode, both instances regarding Maud.

A Royal Problem, the next big one, had her actually making the right call. Her impulsive nature and tendency to use magic to resolve problems allowed Celestia and Luna to understand each other's lives. The complications arose from Twilight's insistence on spying, not entirely trusting Starlight to make the right decision. Remember how you said Twilight trusts her immediately? This episode, along with No Second Prances, prove otherwise. And Twilight's meddling, based on her hero worship of Celestia, pressures Starlight into doubting herself. Celestia and Luna themselves admit at the end that nobody else would have been bold enough to switch their cutie marks. Should she have asked permission? Maybe, but they'd have said no. And they had already physically removed her from interfering in their argument anyway, so if she'd asked she probably wouldn't have gotten an answer. And Twilight had already ensured that Starlight knew the princesses could not be allowed to hate each other again, leading her to be rash.

As for To Change a Changeling, she owns her mistake there and is appropriately apologetic to Thorax and the changelings. She does her best to help fix the situation, too.

You act as if the fact that she screws up is somehow comparable to Discord's intentional jerkassery and it's just not. Making mistakes doesn't make you untrustworthy. Discord has only ever made one mistake; teaming up with Tirek. A pretty SERIOUS mistake considering Tirek was actually bent on destroying Equestria. Twilight forgave him, why wouldn't she forgive Starlight for her considerably less terrible mistakes?

Discord isn't exactly… shall I say polite to Twilight the majority of the time?

Let's not forget as of two seasons ago Discord was willing to make Spike and Big Mac at the very least think they could possibly die, if they could feel pain during his "game is real" shenanigans. Starlight hasn't casually done anything that malicious in two seasons, at least intentionally.

Is that not a factor?
Posted 1 years ago Report
Edited 1 years ago
Link Quote Reply
Background Pony #4D12
@FLUTTERBADASS
remoreseful unicorn that wanting to make amends for her deeds and willing to learn about freindship vs literal backstabbing walking disaster that only cares about his waifu
Geesh, why would Twilight trust Starlight over Discord?

FLUTTERBADASS
Go ahead. Make my day.
@Tavi959
Cough Discord Cough I know he’s easy to forget because he doesn’t get nearly as much attention as Starlight but HE was the first villain to be reformed even though Twilight wasn’t at all willing to give him a chance until the season four finale though even after that she still doesn’t completely trust him unlike with Starlight despite all of the terrible things she’s done (and continues to do) Twilight completely trusts her.
Posted 1 years ago Report
Link Quote Reply

Enter if you dare
@Revenant Wings
that claim was dumb during season 6 and 7 and it's dump in season 8.
I would argue it even Dumber now because it took 8 episode for she to get an episode of season.
@Beau Skunky
I remember seeing someone by Twitter hashtag every tweet he made about the show as The Starlight Glimmer Show even if the episode has nothing to do with Starlight parental glideance was one of them
Posted 1 years ago Report
Link Quote Reply

Life is but a dream
@ILoveMyoozik
Thank you, but I kinda dislike that idea, as that could lead to mass troll-downvotes on comments like on other websites.
Posted 1 years ago Report
Link Quote Reply

@Beau Skunky
Whoever is in charge of designing this website, please make an update where you can upvote comments, cause I wanna upvote these two so friggin hard!!!!
Posted 1 years ago Report
Link Quote Reply

Life is but a dream
@Tavi959
Not to mention, some claim she's the one always "saving the day," and is a "perfect-in-every-way-Mary-Su," even though neither are true.

Remember back when people said the exact same things about Twilight, and used that as an excuse to hate the show? Starlight has become the new scapegoat. (Which is why the above image looks even more ironic to me.)

Heck, remember the last season finale? She had a very tiny role in that. If anything the show's using less, and less of her, yet if she has so much as a brief one-line appearance, then it's, "OMG! SPOTLIGHT-STEALING! DYE STARLIGHT!" I seriously saw in a thread about the recent CMC episode turn into a Glimmer-argument debate, and she didn't even appear in the episode at all. I think honestly her haters are getting more obsessive with her, then her fans.

Also, keep in mind, guyz, I used to hate Starlight too, (but I got over it) so I don't wanna hear B.S. like, "lulz ur jus' a butthurt Glimmerfeg! lulz"
Posted 1 years ago Report
Edited 1 years ago
Link Quote Reply

Warning: Nuts Inside
@FLUTTERBADASS
Except Starlight isn't the center of attention at all. People act like her getting a few episodes to herself, the way Spike and the CMC have been for years, is stealing the spotlight.

She appeared in The Maud Couple without stealing the show. She very rarely appears in episodes that are not her own, ensemble episodes being the exception and not the rule.

Starlight's hardly been forced down anyone's throat at every turn. She doesn't even cameo in episodes that don't feature one of her friends, and Every Little Thing She Does appears to have caused a rift between her and the Mane 5 as it should have considering she's very rarely shown interacting with anyone but Twilight. The others tolerate her for Twilight's sake, but only Pinkie seems to consider her a personal friend. Even then it's only through Maud.

People have been complaining about Starlight ever since she first hit the screen. She's the first villain who wasn't a monster and accordingly she's judged as a bad pony. The thing is, nobody can seem to grasp how Twilight could forgive her despite Twilight's willingness to forgive anyone at least once.

And it's not like she went from evil to good. People judge her as outright evil because we're shown that her actions in stopping the Rainboom would destroy Equestria. The thing is, she's shown this too and she struggles with understanding why her plan for revenge would cause this. She doesn't know the Mane 6 are heroes who have saved Equestria a bunch of times. Destroying Equestria, her home, wasn't her intention. She only wanted to make Twilight suffer.

The revelation breaks her and she's initially torn between believing Twilight created an illusion (denial) and accepting that she's doing the wrong thing. When Twilight offers friendship, she has nothing to lose and it convinces her to believe the truth. By the time they return to the present, the timeline where Equestria is destroyed is overwritten with the familiar present. Like in Back to the Future, it might as well have never happened. Starlight's only real crime is being a dictatorial mayor.
Posted 1 years ago Report
Link Quote Reply

I agree, as I too hate it when the writers throw a shitty character in your face and expect you to like them.
Posted 1 years ago Report
Link Quote Reply

FLUTTERBADASS
Go ahead. Make my day.
Well maybe it wouldn’t be so bad if the show writers didn’t try to shove Starlight down our throats at every chance they got. I’m fine with new characters just don’t make them the center of attention because that is the number one thing that fans hate the most with long running series.
Posted 1 years ago Report
Edited 1 years ago
Link Quote Reply

Ollo crew rejoice!
I can do that too: 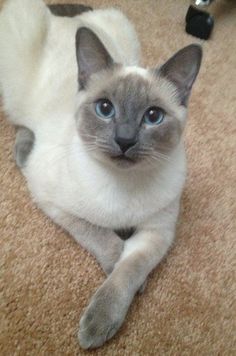 Don't get me wrong, I love Starlight. But how is she supposed to be the main character in 2015? She only appeared in four episodes (the premiere and finale), not counting the cameos!
Posted 1 years ago Report
Edited 1 years ago
Link Quote Reply