169 230 226 4 13
Subscribe
Galleries
Featured in
Sign in to create a gallery
Related
View VS Download DS
Uploaded 4 years ago by Background Pony #C15B
1268x887 PNG 1.28 MB
This image is blocked by your current filter - click here to display it anyway

Humiliated and defeated his motionless body lays on the water surface. Clouded by blind emotions, Fluttershy runs out to him, ignoring the danger, her frail body will be exposed to, out on the open water. But all reasons has long left her, her only concern was him.
With every step, she felt something inside of her was growing, almost struggling to break free. Something she was not even sure of it’s existence, but always felt resting, waiting for the right moment to rupture, for a small fracture in it’s cage to appear.
When she finally reach Discord and his vulnerable state reflects in her eye’s.

Her pupil turns to a shade of ruby as to mirror the rage manifesting inside of her small body. Tears escaping, her now blood shoot pupils. Her golden feathers, molts from her wings only to reveal the wings of a bat underneath, as her feathers get’s carried of by the wind. Fangs ready to draw blood, grows out of her mouth in painful fashion, now prepared for battle.
Her small frame act as a poor shield, at covering his wounded serpent like body from the danger that lies ahead. But all that matter was, she was there now, and she would not let anymore harm be done upon the one she love.
Hope you enjoyed my pathetic attempt at short fanfic

Finally Done!
I’ve never been a fan of how Fluttreshy always gets portrayed as submissive, in a relationship but never as an equal. This is a pattern I see, occur a lot in Fluttershy ships. Fluttreshy is always too weak and need her partner to protect her at all costs, you rarely see this play out the other way around.
But in reality, if anything were to happen to her loved ones, she wouldn’t hide and cry, she would be ’‘Imma cut a B*tch, how dare you hurt the one I love’’
This is kinda how the core idea for this drawing started out.

Lady of Ships and Birbs
I love seeing art of Flutters protecting the ones she loves, shipping or not.
Posted 4 years ago Report
Link Quote Reply

From her face, I’d say she’s going to put that something in a deeper hole than it put Discord in. 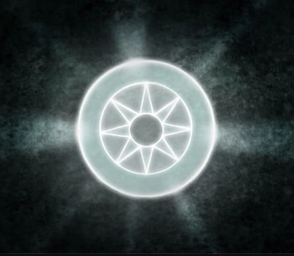