Pause
World's Smallest Violin
@DSF66
The new Season Chrysalis is an idiot despite almost managing to take over Equestria again by managing to kidnap the entire Royal Family and the countries heroes without being noticed and had to be beaten again by another children's cartoon deus ex machina?

This is why fans really need to stop talking about bad writing because you guys are too hopped up on nostalgia.

All you're doing is taking out your frustration on how the show did go the way you think it should've by insulting the writing staff.

OtherFritz
In Treue fest
She certainly makes a convincing case, doesn't she?

All the potential they’ve had from S2 to introduce interesting morals or "it can be hard to get along" scenarios has been 100% wasted. "Kick the dog" moments she had don’t help the case either.


I concur. This is something of an issue I've had with the direction they've taken with her character, as well as that of the changelings in general. There's a lot of potential there that's being squandered as far as morals and worldbuilding are concerned. 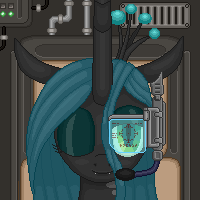 Trust me I'm an engineer
@Sonata_Did_It
Yea, I was thinking the same when I saw that episode back in the day.
She managed to inflitrate the enemy capital, identify the weakpoint of its protection, get as close to it as possible by replacing a royal figure no less, then played her role (un)convincingly enough to fool everyone while slowly wearing down the shield so that nobody would notice. Throughout the whole thing she faced a solid risk of being found out and taken down easily considering that she had no support of any sort and no combat capabilities until she fed for long enough.
All without killing a single living being (I know, kids' show, but still). If that's not an impressive sabotage operation, I'm not sure what is. 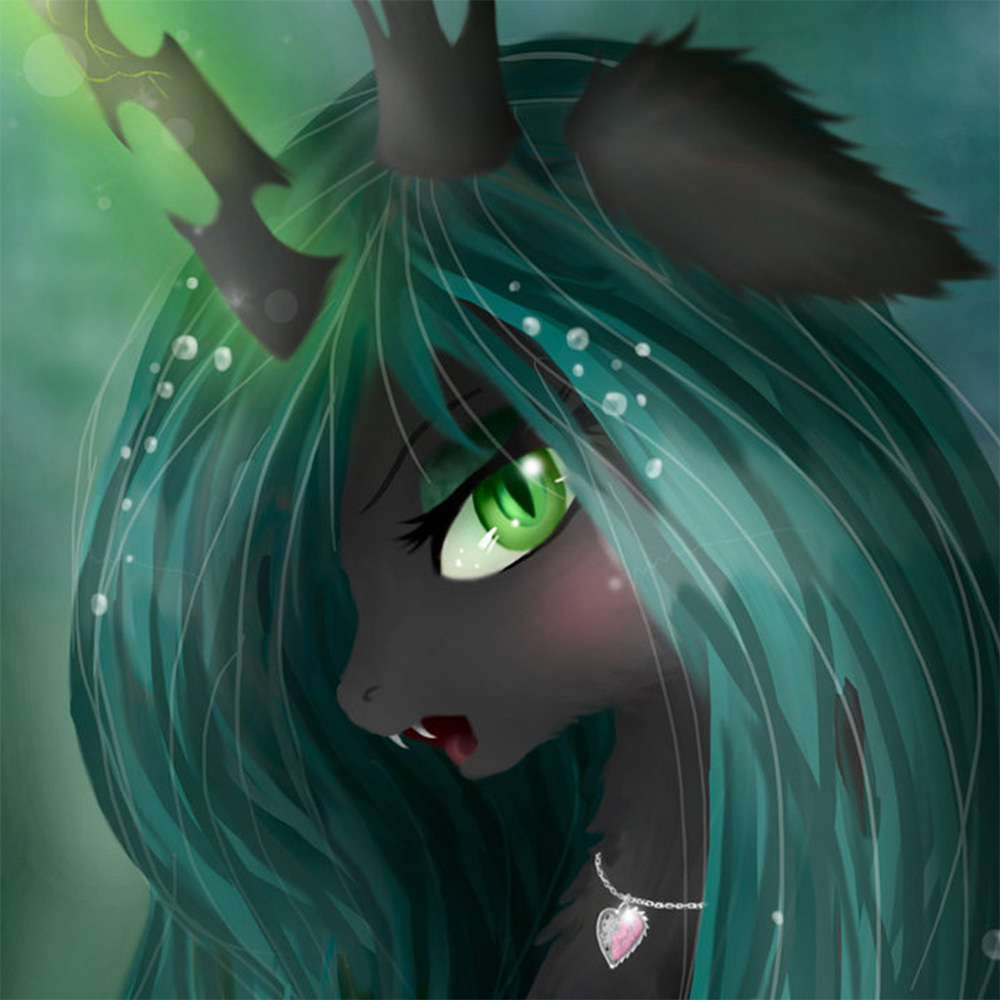 The birds & the *WHEEZE*
@Pause

Pause
World's Smallest Violin
@Sonata_Did_It
Ok? Even if the design were good for a love sucking race it doesn't stop them from being overrated. Do you even know what overrated means? Or can you not accept the slightest bit of challenge to someone not worshiping them?

Trapping ponies in a cocoon against their will is not freely giving love. Giving love freely is what Thorax got offscreen after he was proven good.

ChrysalisMasterSpecies
@Pause
For a love sucking race I'd day the old designs were spot on. Good to see you've entered the part of the conversation where you feel the need to insult one another, always a good sign. Freely yes, ponies in cocoons don't seem like they resist much. And yes, seeing as I've tried to keep the discussion in the bonds of canon/facts and not opinions like your arguments have been based on, seeing you insert more opinions like 'overrated' is annoying when I'm attempting to present actual points. So where in season 2, did chrysalis do something terrible to her lings, cause all most people saw in that finale was her attempting to feed them.
Posted 2 years ago Report
Link Quote Reply

Pause
World's Smallest Violin
@Sonata_Did_It
An explanation that requires headcanon because that's never shown or explained on how it works. So a weak point. Also, cocooning ponies against their will is not "freely".

And I love how bent out of shape your getting because of the word "overrated" because apparently if someone doesn't get on their knees and worship them and actually acknowledges the flaws then they must think the design is bad.

The new designs are not horrendous. Get over yourself but let's play your game. The old design looks like someone aiming for tryhard edge with all the black, long fangs and holes.

ChrysalisMasterSpecies
@Pause
Invasion, a city worth of ponies to cocoon and gain love from (ironically freely), easy theres an explanation. Yes, there are boring changeling ocs such as there are for all races, there are also plenty of interesting ones (by your logic since theres actually a rainbow dash recolor on the shown as a character, guess ponies are overrated). I call the new designs horrendous because they are, look like they were designed by 3 year olds and colored by 2 year olds. I don't understand the few people who actually enjoy them, but they're allowed to like what they like.
Posted 2 years ago Report
Link Quote Reply

Pause
World's Smallest Violin
@Sonata_Did_It
Stop projecting onto me because I responded to your points. But you just, in your own words:

@Pause
Consider you're didn't respond to any of the specific things I said I guess I must assume you don't actual have any points to prove your stance.

You haven't made the invasion make any logical sense and you pulled this so called changeling perspective out of thin air.

So you skip to the most subjective point possible and then call it horrendous all because it wasn't brownnosing the old design. I said overrated, not bad. And they are overrated.

Most OCs for old changelings are literally just the same two templates with different colors or a mane and tail slapped on.

If people like you spent less time whining about the new designs and spent that effort and the same amount making those two repetitive designs look good then there wouldn't be a problem.

ChrysalisMasterSpecies
@Pause
Well good to see you're continuing this. I read through your points and see you just basically ignored everything I said and reiterated weak points. None were really worth responding to besides "Old changelings are the most overrated design," this point was so horrendous. People fell in love with old changelings to the point that the fans have made nearly endless fics about them (I know cause I've tried to read as many as possible), endless variations and alterations, endless art, all of this from what was essentially a single episode framed around the royal wedding designed to sell princess toys. Even today there are numerous new old changeling ocs being made, fanfics that focus solely on the Queen/old changeling style changelings with the new ones being nothing more than a joke. Its pretty clear that "overrated" just seems to be…your headcanon. :)
Posted 2 years ago Report
Link Quote Reply

Pause
World's Smallest Violin
@Sonata_Did_It
None of what you said makes literally any sense.

Leading an invasion to feed her people. If her people needed food that badly why lead an invasion? It would generate all the wrong feelings and inevitably caused changelings to be enemies. The only reason you're leading an invasion is to take over. Especially a peaceful country like Equestria that would've graciously helped.

Oh wow, she's not abusing her changelings on screen. She must totally not be terrible. Aside from launching the second dumbest plan in the series (after Sunset Shimmer) for the reasons listed above.

And everything you're talking about as a "changeling perspective" is nothing but headcanon dribble as none of that has ever been said in the show. You're pulling that from nowhere to spin her as some sort of hero.

The new changelings are the natural common sense evolution of changelings that most fanfic writers figured out ages ago. Changelings want to live, stop acting like douche bags.

Old changelings are just the most overrated design in the series.

So she's not abusing changelings on screen

Jesus that response to 'pony perspective', nearly everything you listed wouldn't matter whatsoever to the changelings we were shown. We weren't shown pacifist changelings or weak willed creatures, we were shown a ferocious horde (by cartoon standards) that were willing to invade a city for what they wanted. This is one of the reasons the recent season theme is so bothersome, its like they're ponifiying all these once interesting races. New changelings are just ugly ponies.
Posted 2 years ago Report
Link Quote Reply

Pause
World's Smallest Violin
@Sonata_Did_It
The fact that you're talking about changelings being "shown" in Season 2 is proof you shouldn't talk about bad writing because the only one being shown off was Chrysalis who nothing more than Generic Textbook Villain Model A. All the others were nothing more than background props of the same model uses as an invading army. No characters or nothing.

And no don't pull some "pony perspective" nonsense. She was terrible period. Kidnapped a princess. Brain controlled a military leader. Lead an invasion. Which makes no sense because that would make the people you're invading fear and hate you when you're looking for love and friendship.
Posted 2 years ago Report
Link Quote Reply

ChrysalisMasterSpecies
@Starswirl
True, none of the current lings have been said to be her children.
Posted 2 years ago Report
Link Quote Reply

For all we know, Chrysalis never had a single child.
Posted 2 years ago Report
Link Quote Reply