Gilda, Gallus, and Camp!
> teaches a class about reformation

> instead becomes the opposite: an ABOMINATION

Ok I'm done with the insults, unless anyone else wants to come out and vent over Turdicus Prime? I've got to admit, I do feel a bit of catharsis poking fun at this little greas ball.

20th level necromancer
Now there’s a cursed image
Posted 2 months ago Report
Link Quote Reply
Background Pony #F641
Chrysalis and Sombra are practically Disney villains, Sauron horse should not be on that board lol
Posted 2 months ago Report
Link Quote Reply
chaotic-7
@Backgroundpony
The fact is that all of his previous actions were pre meditated basically confirms his sociopathic behavior. For instance when he was part of the analysis community he had a private chat room set up just for him and his followers (most of which are under the age of 18 from what I understand) just so he can have himself another platform to get himself by for if and when the fandom longer served his purpose.

He believes that he can just hit a reset button and everything will go back to the way it was. Just so as long as he doesn't have to face the consequences of his actions. That's not how life works.

He only felt awful because he got caught. He "feels" guilty because now everyone knows the truth. And now he believes he can hit the reset button on life.

Posted 2 months ago Report
Link Quote Reply
Backgroundpony
@chaotic-7
"he wants to start the slate clean" Shows that he does not understand Reformation.

letter of indulgence VS repentance

@Backgroundpony
Oh, he pretty much admitted that he doesn't care about any of of that. That he wants to start the slate clean as long as he's got his "boyfreind" at his side, y'know the guy who made his "new avatars" in order to help him get back into other fandoms such as the Sonic fandom. Then once he was caught he told people that it was done against his wishes.

Eventually he's gonna slip up (as his kind always do) and he'll have no choice but to awnser for all the shitty things he's done.

Life is but a dream
@chaotic-7
Yeah, he's been a pretty toxic & disgusting human being… Even if he doesn't get caught, he'll continue to be on the run for the rest of his life, constantly looking over his shoulder, and he'll never again achieve that "internet/horse fame" he so desires ever again, as the entire brony fanbase turned against him, including his ex-friends.

So at least, there's some punishment in a way, but he still deserves to be a registered sex-offender, at least.

Posted 2 months ago Report
Edited 2 months ago
Link Quote Reply
Backgroundpony
@chaotic-7
"Because in his mind-frame he is the victim. He did nothing wrong, and that this is his world and were all just living in it like background NPC’s."

The Art of Reformation Step 1: The Antagonist acknowledge their misdeeds. Status Failed.

Posted 2 months ago Report
Link Quote Reply
chaotic-7
@Backgroundpony
True. I beleive redemption can only go so far. Don't get me wrong I think seeing someone try to overcome their adversity of their past actions just so the character can acheive a type of sense of self salvation is important, especially when it comes to fiction. It's like a character made for a good villian but turns out to be a better protagonist because that character had to overcome the challenges that they faced during the process of redeeming themselves for their past actions.

Toonkritic however,doesn't even come close to that bar. He used people. Got called out for it. His "freinds" in the community defended him. He continued to use people. He got caught scamming people. His freinds defended him again. He got exposed for being a pedophile. He tried to make excuses in hopes that his "freinds" would have his back and sweep it all under the rug. They confronted him on it in hopes that he would do the right thing and turn himself in and get proffesional help. Instead he lied through his teeth and told those that still support him that he was set up and he was betrayed by his former freinds because they were jealous of his success.

If anything this just goes to show you just how sad and pathetic Toonkritic really is. He's nothing more than a pathetic, washed up man-child of a YouTuber who refuses to learn his lesson. Because in his mind-frame he is the victim. He did nothing wrong, and that this is his world and were all just living in it like background NPC's.

So, no. I don't beleive he deserves another chance since he was already given a 2nd, 3rd and 4th chance to pull his head out of his ass.

Posted 2 months ago Report
Link Quote Reply
chaotic-7
@libertydude
The funny thing is that you had people like FNGR and Lilly Orchard trying to make him out like he's this big scary individual when in reality if you just slapped him across the face he'd probably just start bawling his eyes out… wait, scratch that he'd probably just derive pleasure from that.
Posted 2 months ago Report
Link Quote Reply 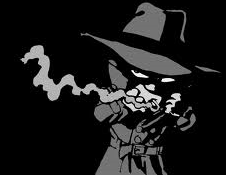 @Wiimeiser @chaotic-7
Like chaotic said, nothing's been shown to indicate TK ever got some kind of punishment legally. He pretty much got run out of the fandom and only pokes his head out every now and then to weasel into other fandoms, but usually gets his new identities revealed pretty fast before he can get anywhere.

All things considered, he got off way too easily.

(Foil Hat)
@CaptainGrumpy
Such a thing would probably be illegal to depict. Project Horizons would be RC here if it wasn't fanfic.
Posted 2 months ago Report
Link Quote Reply

@Beau Skunky
I recall there being rumors of male victims, but I never saw anything definitively proving such. It was mostly girls he got caught grooming/having inappropriate relations with.
Posted 2 months ago Report
Link Quote Reply