15 25 8 17 52
Subscribe
Galleries
Featured in
Register to create a gallery
Related
View VS Download DS
Uploaded 1 months ago by Background Pony #85A8
3200x1328 PNG 1.0 MB
This image is blocked by your current filter - click here to display it anyway 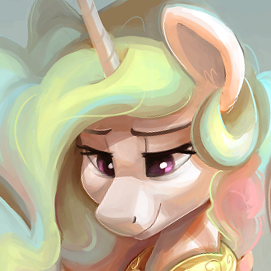 Half Dragon, Half Meme
@Cogitation
I was talking about the present, but ok.

Pubilq Phirm
@Havock
If Bloomberg got the nomination, the question would be: which Manehattan billionaire who really hates zebras should I vote for?. Instead, assuming they screw Bernie out of the nomination, the likely question is which Ukraine-corrupted dementia daddy earns my vote?
Posted 26 days ago Report
Link Quote Reply

Cogitation
@Havock
The Democratic and Republican parties have gone through massive changes both in terms of policy as well as followers since the era of the KKK. Back then the Democratic party was considered to be more orientated to majority views and favored small government while the Republican party was more minority oriented and favored large government. In the 20th Century we see a near complete reversal of these policies. My history professor told me that it would be wrong to consider either party of the time as "left wing" or "right wing" since these are more modern terms that don't quite apply. Either way, it is wrong to make judgments on either party based on their stances over 100 years ago.

Half Dragon, Half Meme
indeed. Both parties suck ass because they're run by out-of-touch 60 year old boomers with more money then they could ever spend. They wonder why so many people don't vote when there isn't really a choice anymore.
Posted about a month ago Report
Link Quote Reply

Relic Unicorn
@Background Pony #478B
Of course racism is not a dichotomy, and of course you can be more or less racist. And the way you keep "just asking questions" like this tells me you're either terribly ignorant, or IMO much more likely, acting in deliberate bad faith.

Let's not mince words, since this whole pic is rooted in the US politics and racism: in the present-day United States, the Republicans are the party of choice for the racist white Southerners, as well as other xenophobic nativists. And as such, the Republican party rhetoric and policies are far more racist, and deliberately so, than the Democratic ones.

@Background Pony #9C11
Both are guilty.

Well we're just going to have to disagree on that.
Posted about a month ago Report
Link Quote Reply

Everyone in these comments is acting like the US doesn't have two highly-racist mainstream political parties.

Well you're half right, because there is at least one that is.
Posted about a month ago Report
Link Quote Reply

Everyone in these comments is acting like the US doesn't have two highly-racist mainstream political parties.

“ShimSham my GlimGlams”
@PUBLIQclopAccountant
Really paints #VoteBlueNoMatterWho in a suspicious light.
Posted about a month ago Report
Link Quote Reply

Pubilq Phirm
Everyone in these comments is acting like the US doesn't have two highly-racist mainstream political parties.

@Background Pony #478B
You forgot to take your meds.