Vegetables and fruits are not real, per se. They are simple categories we made up, but are never simple to define. No definition is perfect and that is because it is not always certain how to define a particular ground-grown food item with the same principles as others. Therefore, it could be based on dietary cultures, beliefs, and other social variables.
In conclusion, vegetables and fruits are simply a construction you follow constructed by the society you live in.
This link explains briefly more

And I oddly find this topic Interesting. :3 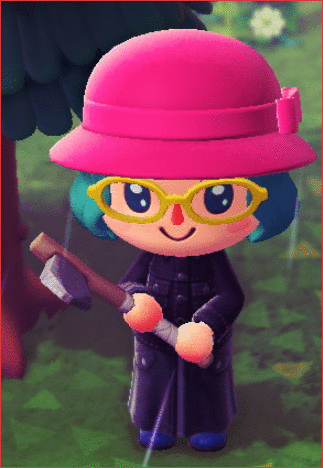 @Background Pony #6407
You can't live without killing; just by existing your immune system is committing genocide on millions of microscopic life forms every day.

Lady of Ships and Birbs
@choosewisely
There's a funny answer for this because cucumbers (and the other foods I brought up earlier like pumpkins and tomatoes) are kinda both in a sense. Botanically they're considered fruits but culinary they're considered vegetables.

@Meanlucario
@Meanlucario
The old meaning of vegetables referred to all parts of a plant that was edible: flowers, leaves, stems, roots, seeds, and yes even the fruit.

But to quote good ol' Wikipedia, it delves into the differences between fruits and vegetables a bit:

Many common terms for seeds and fruit do not correspond to the botanical classifications. In culinary terminology, a fruit is usually any sweet-tasting plant part, especially a botanical fruit; a nut is any hard, oily, and shelled plant product; and a vegetable is any savory or less sweet plant product. However, in botany, a fruit is the ripened ovary or carpel that contains seeds, a nut is a type of fruit and not a seed, and a seed is a ripened ovule.

This is one of the reasons Fruitarians exists. If you want to go the most extreme route of not wanting to kill anything.

@Meanlucario
my understanding is that fruits have seeds in them, veggies do not
Posted 8 months ago Report
Link Quote Reply

Steel/Lonely type
@choosewisely
What's the difference between fruits and vegetables, other than the taste we associate them with?
Posted 8 months ago Report
Link Quote Reply

choosewisely
Ashton (painter)
Is a cucumber a fruit or a vegetable?
Posted 8 months ago Report
Link Quote Reply

Lady of Ships and Birbs
@Background Pony #3508
You are correct. Knowledge is knowing that cucumbers, tomatoes, and pumpkins are fruits. Wisdom is not putting any of them in a fruit salad.
Posted 8 months ago Report
Link Quote Reply