“Finally, my fourth essay draft is complete. And just one more to go.” Twilight said to herself as she yawned and stretched her arms up, her small tank top rising up over her belly fat. “But I’ll start on that tomorrow. It’s getting pretty late.” She reached out past the monitor and into one of the fast food bags, grabbing her last cheeseburger of the night.

As she did this, however, she could feel her tight sweatpants riding up again. “Oh, come on,” she muttered as she reached back to fix it. She hopped up onto her feet, her pudgy body bouncing with every awkward movement she was making. But while she tried to make herself comfortable again, a small tear suddenly appeared on her thigh. “Great,” Twilight grumbled. It was the last thing she really wanted, another reminder of much fatter she was getting.

No longer feeling as tired, she plopped herself back onto her chair and bit into her lukewarm burger. “Owlowiscious, open up Journal and start a new entry,” Twilight asked her computer.

Her PC pinged back in response, opening up a new document to record her thoughts.

“Journal Entry #2849,” She quickly began, citing the date and time as she continued. “So regretfully, I’ve been rather negligent with my lack of journal entries lately. I usually try to get these done maybe every other day or so. But as of later, I’ve just gotten so caught up in my studies. Sometimes, I forget how therapeutic these journals can be.”

Twilight takes another bite of her cheeseburger before continuing. “Anyway, my life hasn’t seen any major changes, barring from the obvious.” She bluntly added, patting her softened belly. “Although, I did feel a little more stressed than usual during midterms. So much so, I needed almost the entire week of spring break just to decompress.” She gulps before taking another bite. “You know, come to think of it, this whole semester has felt really different for me. It figures, I suppose. I do have a lot on my mind.”

She gently scratched a flabby side roll, feeling her fingers sink slightly into her flesh. She then rubbed her hand over the rest of her belly, giving it a gentle shake. Twilight looked down, sighing as she watched it jiggle along.

“You see, despite my best efforts to try and maintain my weight, I’ve ended up doubling my initial weight of about 120 pounds in less than a year.” She goes in for another bite. “My cravings certainly aren’t helping. In fact, I’m eating my third burger as we speak. I also haven’t been following Rainbow’s fitness advice as much as I should have. And now with her ankle injury, she’s got her own problems to deal with. And on top of that, I’m going to outgrow my whole wardrobe pretty soon. But Rarity has been so preoccupied with eating all the time, she hasn’t been able to upsize any of my clothes. So, now I have to find time to go shopping for new clothes, something that I admittedly kept putting that off! Why? I have no idea! I mean, just look at me! I’m just getting so… so-!”

Suddenly, the sound of Spike whimpering caught her attention. She turns around towards the foot of her bed where Spike slept. He looked to be getting shaken up by Twilight’s loud ramblings, even kicking off his blanket in fear. Taking a moment to breathe, she reaches over and covers him up, making sure he’s calmed down before turning back to her computer screen.

Twilight stuffed the last of her burger into her mouth, licking off any leftover grease and sauce off her fingers. As she chewed and swallowed, she could feel the tension in her body ease and the thoughts in her mind relax.

She continued on with her journal, a gentle smile slowly appearing. “Well, despite everything else, I at least have Spike by my side. I also have my parents, and my brother. They’ve always been there for me. There’s also Timber, always patient and understanding. Plus, he might have a thing for my new size.” Twilight chuckled to herself. “And of course, I can’t forget my friends. I swear, with all the ups and downs, there’s never been a dull moment with them.”

SunsetStorm
Do your best everyday
@Mugenlazlo
You can eat whenever you want or feel like it. You’d be surprised how many people eat late meals. Why do you think some food places are open so late yet. It’s not that strange of a thing.
Posted 2 months ago Report
Link Quote Reply 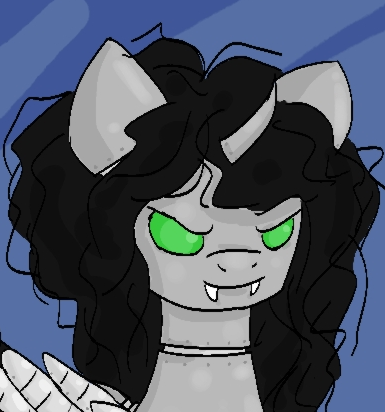 Can you make a scripted image about Twilight being a little fatter, but she gets stuck in a rabbit hole? And eventually, someone skinny comes by to try and push her through?

But Rarity being too busy to tailor is a universal sign of things not being right.

Well then...
She almost looks like that one scientist ice user from Overwatch, cept she's bloated out more.
Posted 2 months ago Report
Edited 2 months ago
Link Quote Reply

SunsetStorm
Do your best everyday
That was a nice write up to go along with this pic. As I was reading it I was picturing Twilight sitting there eating her burgers and doing it in a really cute way. Twi eating burgers is just cute. It also sounds like she may be getting more comfortable with her weight and perhaps more relaxed. She feels frustrated, but at the same time might also feel satisfied or content as well. At least she has a good support system around her to keep her spirits up and just feel better.

As for the pic you did a really nice job on it. Twi has a really cute belly and her arms are looking nice and soft. You did a nice job on her size as you distributed the weight nicely as it looks very natural on her. She looks really cute in this pic and it's really well done.