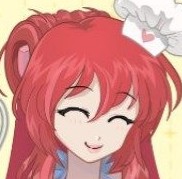 Zero is a recurring enemy, starting from as early as the second game boy game. He has also appeared in Dreamland 3 and then in Kirby 64, though it isn’t til 64 that he was called Zero two (I think, I could be wrong on that last one…). It’s also implied that he was responsible for the events in Canvas Curse, though there’s nothing concrete either way.
Posted 9 years ago Report
Link Quote Reply

Except not really. Just about every Kirby end boss is a similar eldritch abomination. I think 02^ is just notable for having sweet music.
Posted 10 years ago Report
Link Quote Reply

i think it’s mostly because he’s the opposite of what you’d expect of a kirby game.
Posted 10 years ago Report
Link Quote Reply
ChickNeighney