So, here is Beatrix saving Blackfire. Why you asking?

I hate how fate treated Blackfire, she was hated because she didn’t look like other tamaranean people, who had orange skin, red hair and green eyes, but Blackfire got white skin, violet hair and eyes. They hated her because she was born the day some nazi lizard attacked her planet and killed a bunch of people. It wasn’t her fault she was just born that day. Imagine if children who were born the day World War 2 started got hated because of that. That’s just unfair and stupid. So, Blackfire got a rough childhood, became an avenging evil princess of destruction and tried to kill her sister several times, framed her for her crimes and etc. And how it all ended? Blackfire got somehow forcefully married to some tentacle monster and even had children with that alien creature. (From the episode “Blackfire’s Babysitter”). It’s all pretty depressing and I just hate that Blackfire got treated that way. I understand DC is a pretty fucked up universe but you gotta admit this is just too cruel. So that’s where my Technically Greater and Powerfuller Trixie comes in!

Beatrix is a “Technically Greater and Powerfuller Trixie” - that’s a new type of Trixie who has technical advantage in almost any way. She hangs out with Rick Sanchez if you have seen my previous drawing, you will understand. 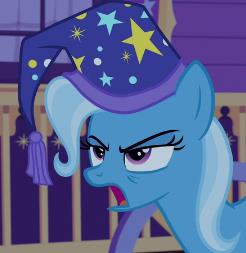 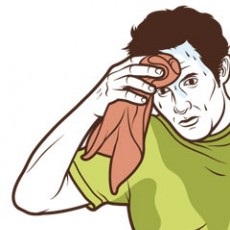 Someguy88
Humanized Artist
I have no idea who any of these folks are.
Posted 1 years ago Report
Link Quote Reply