The Battle of Bales was a short yet decisive battle in the months long conflict immediately following Nightmare Moon's return. Shortly after the fall of Canterlot, what was left of the Royal Guard and Celestia's government had fled north to the city of Bales, with many other loyalist militias and the like on their way there. Generals and officers under the Lunar Empress's command used their newly formed tank division, as well as any other mobile forces, to encircle and destroy whatever loyalist forces were in the vicinity of the city to incredible effect. Upon reaching the city itself, they crushed any resistance to the new Lunar regime, eventually surrounding thousands of Royal Guardsponies in the centre of the city, capturing their leaders.

Interim Princess of Equestria, Princess Cadance, was seperated from her coltfriend, Captain Shining Armor, and was imprisoned by Lunar forces. She was informed that Shining Armor had already written and signed a note of surrender under intense pressure, and that if she refused to do the same, both he and she would be tortured. Cadance, while willing to resist torture herself, did not want her beloved to be hurt, so she caved, and was soon reunited with him in a grand ceremony announcing the total capitulation of loyalist leadership. However, the defeated alicorn would quickly discover that they didn't lay a hoof on Shining and he gave in almost immediately, writing the note that was now being triumphantly held up by Nightmare Moon. As the realisation that she effectively signed away Equestria on a completely misguided attempt to save her significant other, and that it's far too late to change course, sets in, Cadance's eyes draw to her coltfriend. Her dumb, dumb coltfriend.

That's what you get for having any faith in SA.
Posted 1 months ago Report
Link Quote Reply 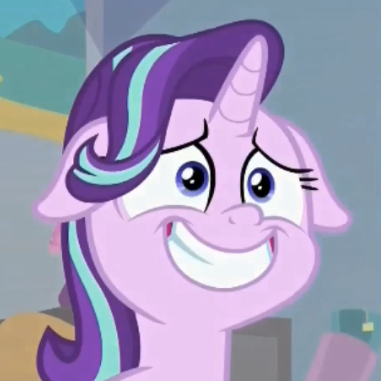