Cosmos is about to be loved and tolerated to death.

”And now, my student. Lets bond over the beatdown of out comon enemy”
- a very not amused Celestia.
They would say that the evening was a particulary red one that night. That they heard what sounded like an earthquake, a stampeede of every pony, griffin, yak, dragon and every other species stomping their hooves, paws and claws to the rythm of some great unified beat.


They do say that dancing and music brings creatures together. And it must have been a helluva party, for no one could remember hearing any music over all that enthusiastic stomping.


It must indeed been one chaotic dace party.


Discord did not care much for that kind of chaos. And for once though more about just leaving the mortals and goddesess to their well deserved insanity, rather then getting in on the carnage.

Though… Through the carnage, he though he heard someting about helping someone. That was A great Idear, for there was indeed someone who needed his help.


He took his beloved lover, and took her away from the chaos. Somewhere to the outskirts of town, where the earthshaking stomps could no longer assault her frail ears.


Fluttershy was gratefull for the change of scenery. Heavens know that did not need the chaos of the world to assault her already tumult little mind.
What she needed was nothing…


Had she really watched all her friends be corrupted and mutated beyond recognition – along with her home, her species, her world, and her entire timeline – All erased from existence?
No – She hadnt. For this was what was real now. And all that other stuff … wasn’t? Was it?


Had she realy waited for untold eons, as reality ended, piece by piece, untill she and her lover was the last remaining piece of everyting?


Eons seemed to blend together like seconds. Like a haze in a dream. Her head hurt from the duality of these questions. The pain of remembering someting that was no longer real.


Two sides of herselves were arguing amongst themselves. One saying that all that stuff had never hapened. And in a way, it was right. But the other voice said that all of it had happened.


Whatever it was… it was dancing on the edge of her mind. Just out of reach.Like a concept to great for her to comprehend. Like a computer program too large for her little harddrive to handle. To unbelievable for her lille mortal mind to accept as true.


There it was again. The elusive thought. Why did it make her feel so small, even though she was herself? Was it compared to the draconequus she had been before.

No, there was something else… 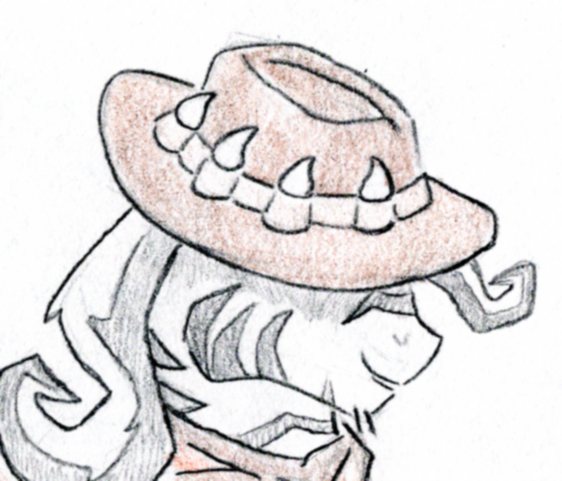