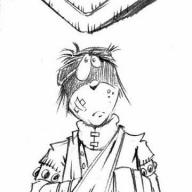 @EthanRosca
True, but once Sunny hits fifth level, she is going to pick up Fireball; that is going to need quite a few D6s.
If they are playing 5e d&D, they will need at least 2 d20s for both Advantage and Disadvantage.(roll 2d20 take the highest or the lowest respectfully)

@iamnotabrony
Having everyone use the same dice set will actually ensure that the game is fair and balanced.
Posted 2 months ago Report
Link Quote Reply

Pipp and Sunny both have a Static number for their Initiative. 40 and 65,
Pipp has an amazing AC of 20, and sunny got a decent 15 AC
Movement is is off.Sunny got a move of 6 while Misty got an 18.
I wonder how many times Sunny gets to yell “EXPLOSION!!!” (KonoSuba)
Hitch is a Paladin of the sun. Properly Celestia.
Is that Overlords staff of seven thingies?


My biggest issue is that they are still using the dice that comes with the set. These ponies should have dice that match their coat colors and their cutie marks.
Posted 2 months ago Report
Link Quote Reply
EthanRosca

This fella actually drew pictures of them as DnD characters.
Posted 2 months ago Report
Edited about a month ago
Link Quote Reply 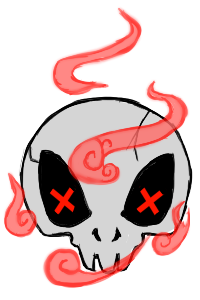 AdamLeisemann
@DerpyFast
Oh yes! Pipp as a Game Master would be great! I can totally see her being a wannabe Matt Mercer trying to get her own Critical Role stream going.
Posted 2 months ago Report
Link Quote Reply

The ASMR thing Pipp’s VA did convinced me that she’d make a great DM, with the way she describes things.
I can definitely see Zipp as an artificer, but I’d lean more towards rogue or monk.
Sunny works as a wizard, but she also works as a favored soul.
Hitch being a paladin is great, as is Pipp being a bard.
So many little details. I love this picture so much!
Posted 2 months ago Report
Link Quote Reply 🍞
@AdamLeisemann
Wow, that was an interesting read, I enjoyed reading it all
Posted 2 months ago Report
Link Quote Reply

🍞
@iamnotabrony
Misty I portrayed as a Ranger
Zipp - Artificer

🍞
@Background Pony #20F9
Great, you saw one reference) but there are many more references that not everyone will understand xD
Posted 2 months ago Report
Link Quote Reply
SecretBronyX

I am sure Izzy would be a great DM: creative and a bit crazy, that usually makes for a fun adventure.
Posted 2 months ago Report
Link Quote Reply

AdamLeisemann
Reminds me of some musings regarding what each of the mane five would be like as RPG players. Granted, my thoughts don’t 100% line up with this pic, but no harm in that.
Hitch: Rules Lawyer, but a fair one. “The dice clearly say I took eleven damage, not ten.” “But you made your saving throw.” “Yes, and the roll you made for that fireball was 22 damage.” Favored Class: Paladin.
Izzy: She would happily make, tweak, kit-bash and paint her miniatures. Also, she’d try for some of the weirder character concepts that the rules might allow because creativity is a huge part of the fun. Favored Class: Sorcerer.
Pipp: Would be live streaming the game and trying to make the table look as pretty for the stream as possible. However, she would also be a big reason why the sessions are relatively few and far between on account of her concert preparations. Favored Class: Bard.
Sunny: She’d be most interested in the world of the game, and probably looking for solutions other than combat because even monsters can be our friends if we all give each other a chance. Though she would also understand that sometimes, you need to do things of a more unpleasant nature. When the ogre swings its club at you, you have to consider the survival of you and your friends. But until then, she’s making Diplomacy checks. Favored Class: Cleric.
Zipp: Approaching every threat like a game of chess, looking for the best moves to do what it takes to help save the day. Favored Class: Rogue.
Posted 2 months ago Report
Link Quote Reply

Of course Hitch is playing a Paladin, that was so obvious.
Misty is rogue or a fighter, Either way they both fit her.
Sunny doing the wizard…. not a surprise.
Zip is full barbarian!
and the bard, goes toooooo Pip.