This is the kind of situation where you can’t counter the intolerant by rational argument nor keep them in check by public opinion.

Posted 3 years ago Report
Link Quote Reply
Background Pony #57C2
@Background Pony #CC28
Make the laws fair, make sure people’s rights are protected, and fight back if someone tries to change those things by force. Teach why individual freedoms are important. Protect yourself and others from mistreatment. Present relevant facts in discussion and make sure your arguments are clearly supported. But I don’t want to “solve the problem” of other points of view becoming widespread, because to do so seems to me like an inherent violation of others’ freedom to choose what they believe. Suppressing information, even information on why a person thinks something wrong, only leads to ignorance regarding the cause of real problems.

We are not perfect, and what many define as a “tolerant” society now would actually treat some groups much worse than others. If criticism and discussion are obstructed, we will never learn.

And yes, there is a problem of people calling their political enemies intolerant and calling for their physical elimination or at least silencing. I just consider such wolf-criers intolerant and apply the usual rules to them.

CHS, Class of 20XX
@Background Pony #9DA0
Bit late, innit? The time to ignore the heckler is before taking the bait, not after.
Posted 3 years ago Report
Link Quote Reply
Background Pony #57C2
@Background Human
Yes, that’s what happens when you insult people instead of talking to them. It applies pretty much everywhere, even outside the internet. It was a serious conversation before you showed up, so you shouldn’t have expected mindless mud-slinging to work out. If you keep doing it, I’m just going to do my best to ignore you, because I really don’t know what your problem is.
Posted 3 years ago Report
Link Quote Reply

A waste of biomatter
@Background Human

Me and others have said what we needed to say,nothing wrong with calling out those that interject themselves but have nothing to say.

CHS, Class of 20XX
@Antonyourknee
And yet you keep coming back too. Because it offends you that I’m not dignifying your argument with a serious response.
Posted 3 years ago Report
Link Quote Reply

A waste of biomatter
@Background Human
Your the one who keeps coming back,if you think this discussion is not important then you should have just moved after your comment got called out or just not get involved at all. But you did,Your fooling no one.

Post your response meme you copied off the internet as we all know you will so you can tell yourself your the winner of this little dialogue and move on man.

CHS, Class of 20XX
@Background Pony #9DA0
The important thing is that you won an argument on the Internet. 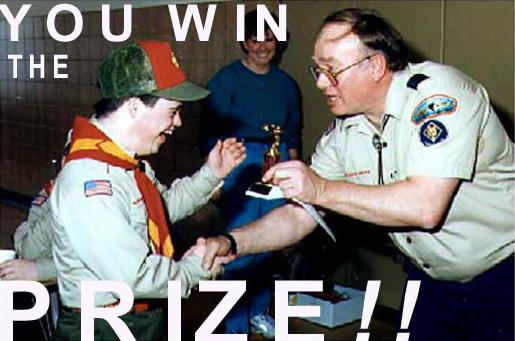 But seriously, you’re acting like a five-year-old. Don’t try to weasel your way out of having made a terrible argument by pretending it’s all a joke. You called two people racist for not wanting speech suppressed. You can’t make that look good by going “haha, stop being so serious guys”. Just admit you messed up, badly, and move on. Or at least have the decency to leave the conversation quietly.

@Background Pony #CC28
It’s “keep them in check by public opinion” that concerns me. It seems to feed into the idea that if a philosophy is bad enough by someone’s definition, it’s okay to suppress it with violence. That is a very easy principle to abuse. For example, the classic approach of saying it’s okay to attack Nazis, then calling everyone who disagrees with you a Nazi. A person’s rights can’t just go away because they’re inconsiderate, ignorant, or both. It also seems to me like the section you quoted is discouraging violence not because it’s wrong, but because it’d be hard to get away with.

I do not imply, for instance, that we should always suppress the utterance of intolerant philosophies; as long as we can counter them by rational argument and keep them in check by public opinion, suppression would certainly be unwise.

I do believe intolerance sometimes must be suppressed. But only as a last resort. Too often people call for suppression at the slightest sight of intolerance, sometimes justifying it with the quote @AmrasFelagund posted but omitting the part I quoted. This kind of intolerance is not justified. Intolerance can only be justified when all other methods have been exhausted and the thing we are fighting is bad enough.
Posted 3 years ago Report
Link Quote Reply

A waste of biomatter
@Background Human
Nonsense it is then.
Posted 3 years ago Report
Link Quote Reply

CHS, Class of 20XX
@Antonyourknee
>continuing to be this serious on a Siberian antelope opera fansite
Posted 3 years ago Report
Link Quote Reply

A waste of biomatter
@Background Human
Well your poor attempt at inserting yourself into a discussion at least gave others a chance to develop and expand our arguments,so your presence here wasn’t completely useless. I’m sure you’ll want to take some pride in that or just respond with some nonsense,no diffrence.
Posted 3 years ago Report
Link Quote Reply

Secondly, that would be spreading a philosophy by force, i.e. the exact thing I was just stating as wrong. A more correct assessment would be to say I don’t want those who prefer a white ethnostate (I’m not sure that’s an actual word) to be jailed for saying so, any more than you should be jailed for calling me and Anton racist rather than putting in the effort to read our posts and realize they never made reference to race. Intolerance, no matter how unpleasant it may be to hear about, should not be punished by law unless it is first acted on by means more severe than merely stating it.

If hurling unfounded accusations of bigotry is the best you’ve got, though, you’re within your rights to continue.