Seriously though, I hope this is just a hiccup.

This movie isalright, let me list what I liked on it and try to keep my rant rather controlled, hopefully.

Once again this movie has a heavy paranormal atmosphere around it, and it knows how to tease, build up tension and deliver a somewhat satisfying pay off. Not only that, but the characters and the actors are actually really good too, especially Joaquin Phoenix, and they help sell some of the silliest points the movie tries to make.

However, there are so many issues in it that it just falls apart. Why is there such an insistence that destiny is written? What is up with that debate involving faith that goes absolutely nowhere? Why would the aliens invade a planet that is three quarters water when they are weak to water!? And if they can travel through space why cant they get through a wooden door!? Also why laying their navigational system all over the planet on giant crop circles!? And how can a book hold the answers to every single thing that happens in the movie and its correct all the time?

And now, if you excuse me, I need to go fix my cinema. I think I must have termites.

Memetic eldritch horror
Signs does have plenty of holes but a few could have explanations.
Like they could have invaded earth despite it being completely covered in deadly acid because they where desperate. They could have had no home planet to go back to and were just a fleet of ships running out of fuel, and earth has the only planet within range that was remotely habitable, or maybe they have a way of using water a fuel source and since earth is covered in it it’s like a planet of oil to them. Or a mix of both those things in which case SCORE!… sort of. And they attacked all at once showing they didn’t plan on a long war, maybe they didn’t have the time or resources for such an endeavor and sought to get rid of any threats as quickly as possible. As for not being able to break down the door (DOOOOOOOOOORRRRRRR!!!! Sorry, I had to do that) because they didnt have any equipment to break it down with, of course that brings up the plot hole of WHY DIDNT THEY HAVE ANY EQUIPMENT ON THEM.
Posted 4 years ago Report
Link Quote Reply

GOKAAAAI... SILVER!
Better get used to this; Signs was the last film from this guy that was at least halfway decent. It’s all downhill from here.
Posted 7 years ago Report
Link Quote Reply 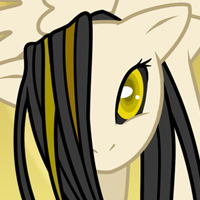