15 comments posted
Background Pony #092A
@VermiIIion
Because shit past equals serial killer, right? Unless it's Jeffrey Dahmer; I'm pretty sure he had an okay childhood
Posted about a month ago Report
Link Quote Reply 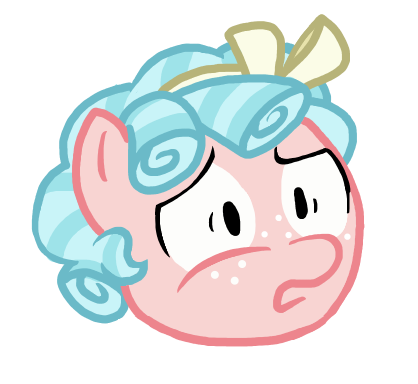 My thoughts exactly. It's very funny, though, seeing as how much of an edge-fest it is. 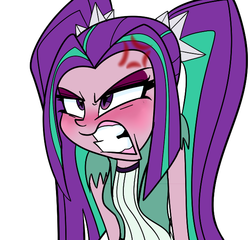 @WatermelonRat
Have you read her fanfictions? If she's going off the Cupcakes fanfic, then she is getting Pinkie's character all wrong. She didn't kill ponies because she hated them, she killed them for the "special ingredient". Why would Pinkie drive Twilight to insanity? With Rainbow, she just killed her.
Posted 5 years ago Report
Link Quote Reply

@VermiIIion
I'm familiar with the artist. She doesn't draw that stuff because she hates the characters, she just likes grimdark.
Posted 5 years ago Report
Link Quote Reply

Before you feel all bad, this character becomes a murderer when she's older. She especially tortures Fluttershy (tearing out an eye, removing her wings and cutie mark.), Twilight is driven to insanity (the artist does it in such a way it feels like an attack towards the character. Cupcakes Pinkie was never malicious, she was playful), and guts Rarity.(Applebloom does this, which feels forced as hell. Applebloom gets her cutie mark from killing Applejack. Damn, I'm cutting myself from this edge)

The whole fanfic series feels like a really edgy way to attack the characters the artist doesn't like.

I don't know who the hell this is, but where's Maud? She's the oldest one so…
Posted 5 years ago Report
Link Quote Reply
Background Pony #F0A7
@gittonsxv
apparently it is supposed to be context for a grimdark story the artist did where this character murders and cannibalizes pinkie's parents cupcake style with the help of the other sisters.

it is very forced.

I would just like to say that was the most FOUL choice of actions ever. I feel like giving Cloudy Quartz some SERIOUS consequences INCLUDING fries and nuggets! Oh, and would you like to try the combo meal?
Posted 5 years ago Report
Link Quote Reply