Does anyone else think that the IDW comics...

Pony Discussion » Does anyone else think that the IDW comics... Search Posts
Started by archestereo
Posted 9 years ago
46 replies
Subscribe
archestereo
…are going to wind up having the same relationship with G4 ponies that the classic Transformers comics had with G1 Transformers? I mean, I know a number of fans preferred the comics over the cartoon; and between the alicorn drama and the Equestria Girls drama, it seems like the IDW comics are the only things NOT getting heat right now (plus, you know, the comics have more leeway than the cartoon also).
Posted 9 years ago Report
Link Quote Reply

Nah, it’s too dark to match the show’s universe.
Posted 9 years ago Report
Link Quote Reply
archestereo
…d’oh! I just realized I didn’t make a point in my first post entirely clear: I meant that I know a number of people preferred the TRANSFORMERS comics (the classic ones) over the TRANSFORMERS cartoon (G1); I’m not entirely sure how well the IDW MLP comics are received in comparison to the FiM cartoon (well, before all the drama anyway).
Posted 9 years ago Report
Link Quote Reply

As far as i’ve seen people in here like the comics a lot more than the show, i personally have never read it yet.
Posted 9 years ago Report
Link Quote Reply
Rainbow Dash

@Takuto_Shindou
The comics are probably what the show should be, more fantasy elements and such. Then again, not much room for slice of life in the comics.
Posted 9 years ago Report
Link Quote Reply

🅱
Strangely enough, I’ve seen some people who cannot stand the comics. Some don’t like the background references, and some people just don’t like how “dark” they are. I heard one guy say that he doesn’t want to read “ascended fancomics” that are “not in the spirit of the show.”
Posted 9 years ago Report
Link Quote Reply

@Itsthinking
I’m pretty much the second one, yes i can like the comics, but no i can’t consider it canon, due the fact that the atmosphere feels darker and off the show.
Though i’m used to like alternate canon things so i can enjoy it perfectly.

@Takuto_Shindou
There are a huge number of pop culture references and other little easter eggs in the comics. More than you could count probably.
Posted 9 years ago Report
Link Quote Reply 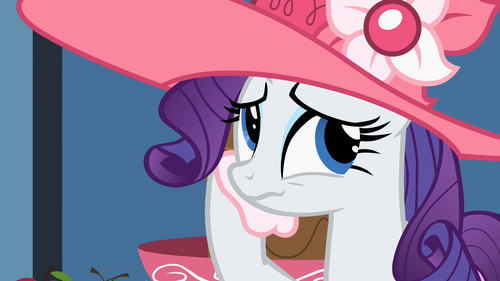 @Takuto_Shindou
Supposedly the next comic arc is going to involve background ponies as important characters, and there is a good chance of alot of fanon being referenced.

I’m sorry, but I’m going to enjoy watching you writhe in agony over it. Haha

Oh, and Doctor Whooves has already been referenced. As well as Derpy with muffins and her being a mailmare, if that counts.

@Rainbow Dash
Supposedly the next comic arc is going to involve background ponies as important characters, and there is a good chance of alot of fanon being referenced.

chance of alot of fanon being referenced.

@Takuto_Shindou
I’m going to savor every minute of it, as far as our preferences go, I think I’m not far off from being opposite of you.

I could be wrong though, it might not involve background ponies at all, but it seems very likely.
Posted 9 years ago Report
Link Quote Reply

🅱
Well, and there was the time they drew in Sibsy and Mandopony’s OCs because the artist knew them personally. God, the rage that some people responded to that with was absolutely rich.
Posted 9 years ago Report
Link Quote Reply
archestereo
@Takuto_Shindou

@Itsthinking
I’m pretty much the second one, yes i can like the comics, but no i can’t consider it canon, due the fact that the atmosphere feels darker and off the show.
Though i’m used to like alternate canon things so i can enjoy it perfectly.

…well, that’s kinda what I was talking about with the Transformers comics: stuff like Primus and Sentinel Prime aren’t actually in the cartoon, but most people prefer the comics mythos over things like space squid engineers.
Posted 9 years ago Report
Link Quote Reply

The “ascended fanon” arguement is so petty and lacks logic. It would be like only accepting Fausts writing as canon, and disregarding everything else(her contribution up to this point would probably make up %25 percent of the shows writing, and only about half the characters she herself included or made). People argue the same god damn thing with the archie Sonic line, but really, you could technically argue any of the games not made by Naoto Ohshima as canon, there are so many writers that go into franchises, who wrote what doesn’t really matter, you go with what you want. There are no rules to what is canon and is t, it’s what either the holder of the franchise says or, what you think.

The IDW comics really just help strenghten the depth of the world and its characters through action and drama, like most comics. Its character driven, and seeks to add to each character. The show obviously does this too, but in a more tame and (lately, soon?) mellow or even cliche manner, which isn’t that interesting without humor.

The comics really just does that same method of what lured us to the show in the first place, interesting characters doing interesting things, and make us laugh while doing it, the show can usually only switch between those two. As there’s less production time and value, they can have more depth to top it up (like what the above said with the Tranformers comics). Same as applies to the Sonic series of comics, the actual marvel comics compared to the films, or recently megaman.
Posted 9 years ago Report
Link Quote Reply

Arch-Rarifag
I hope that the bg pony comic doesn’t use fanon and instead does he creative thing and invent personalities.
Posted 9 years ago Report
Link Quote Reply
Rainbow Dash

@Whatevs
Why can’t it do both? It can give them interesting personalities and use the popular fanon at the same time, that would please almost everyone.

It only has to be subtle, nothing to intrusive, but enough that it could be considered relevant. Completely ignoring the popular fanon would be a mistake, if all of the major BG ponies suddenly had canon personalities that are incompatible with fanon? Haha, it would be a disaster.

The bottom line is that they can easily find a solution that pleases the majority. On the other hand, the fanon may be just fine even if they don’t reference it, as long as they don’t do anything that goes directly against it.

@Itsthinking
don’t know if it was me or not, but I definitely share the sentiment. If someone gave me one as a gift, I’d burn it. If it’s a comic, and it involves the mane six, I am staying faaaaaar away.
Posted 9 years ago Report
Link Quote Reply 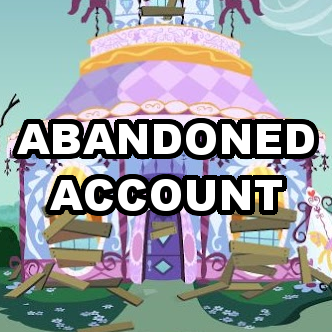 kruppenstein
The comic has the same characters and settings we love, but it also has a lot more liberty and is visibly targeted more towards older audience (the cartoon’s main demographic is ages 3-to-6, the comic is 7 and older) so of course lots of people will prefer it to the show. In the end, all we want is ponies, so if we can get ponies plus something the cartoon can’t give us, why not?
Posted 9 years ago Report
Link Quote Reply 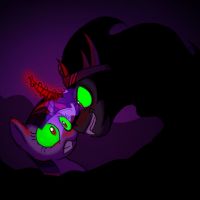 I think they are okay.
The problem i have is the fact that MLP was never meant to be an Fantasy/Action show. I love these characters for what they do in there everyday Lifes. Not because they are superheroes or something. That’s how i can really relate to them.
So yeah i still put the show over the comic. But i still recommend them because they are really funny.

@King Sombra
That’s good then, the show can give you your slice of life, and the comics can continue to excel at being more “fantasy adventure” oriented.
Posted 9 years ago Report
Link Quote Reply

@King Sombra
Heck, faith restored, i was starting to believe that people watch the show expecting for grimdark shit to happen, not because they enjoy a show for little kids.
Not necessarily talking about the comics, but there are really moments when it looks like people are just willing to change everything in the show other than enjoys what it has to offer, especially during season 3.

…that’s really a thing? I had thought we’d accepted that the meat of the show was slice of life and that the more adventurous stuff bookends the seasons. Heck, I thought people were glad to see scootaloo finally get an episode, and besides Luna’s dreamwalking shtick it was pretty slice-of-life-ish. Don’t get me wrong, it’s actually unusual for me to enjoy slice-of-life stuff; but then most slice-of-life stuff doesn’t have the sort of mythos that FiM has. I had been under the impression most people wanted to explore more of that, and it’s already been proven that it can be done without the ponies going on an adventure. Oh, and for the record, the micro-series has been pretty slice-of-life-ish.
Posted 9 years ago Report
Link Quote Reply

@Takuto_Shindou
Oh yeah that’s another thing.
Sometimes when i see people making there ideas for other episodes, i sometimes ask myself: “do they watch the same show as me.”
This is not some over complicated Anime show we’re talking about here.
This is a show about little ponies that should make you feel good.
Posted 9 years ago Report
Link Quote Reply

@archestereo
Yeah unfortunally it is, it’s one of the reasons people hated the Crystal Empire, i’m not talking about finding it “Meh”, i’m talking about hating it with passion, because it wasn’t “dark enough”.


@King Sombra
I agree, people should stop with that goddamn label that MLP it’s not for little kids and expecting complex themes to be portraited, it goddamn was and it’s gonna stay as a show for little girls.
Posted 9 years ago Report
Link Quote Reply
Interested in advertising on Derpibooru? Click here for information!