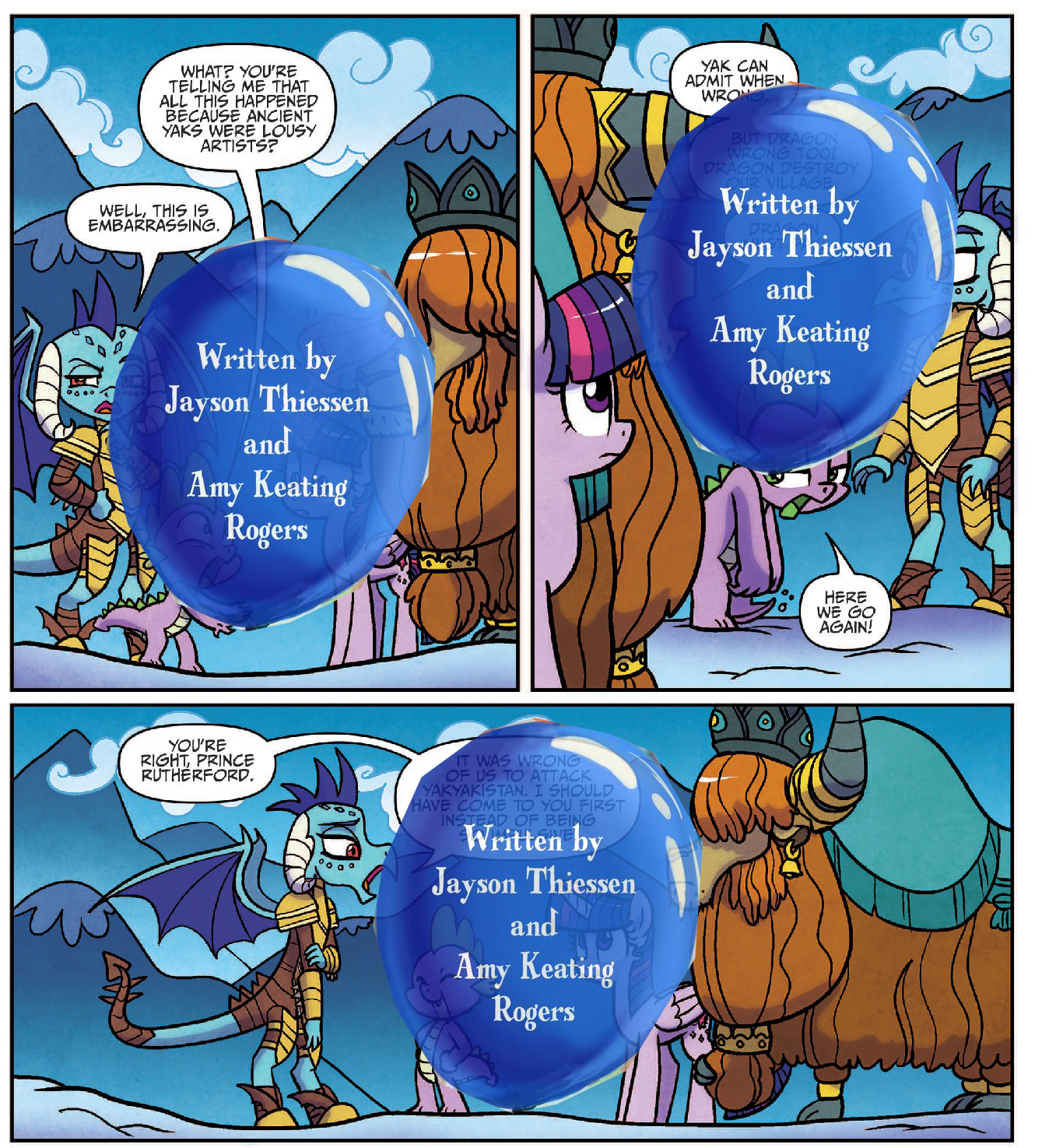 USA says NO WAR
After thinking about it over and over again…
…it just makes sense for it to go into the cyberpunk alternate timeline soon xD our heroes (not really a spoiler), will have their timelines mixed up with the G4 and G5 era due to some paradox.
Long story short so no spoilers; it’ll be related to the method of time travel was not done properly or was tempered with somehow.
Final decision. After all, kinda had to or otherwise their outfits just WOULDN’T make sense, like at all.
So there xD
Posted 22 days ago Report
Link Quote Reply

Applepie2021
Nostalgia Purist
An outbreak began under the annual Nightmare Night as Zecora and Spike was there. Spike brushed the creaking, yellow, clear, shiny, round balloon with a ghost printed on against Snails´ hardened horn for hours and then Mayor Mare´s static hair for hours from the afternoon until the evening non stop. Snails had a balloon phobia and was scared of the ghost balloon, but he also loved to feel the soft bloated rubber rub against his horn too.
Posted 23 days ago Report
Edited 23 days ago
Link Quote Reply

Little Fluttershy learns for the first time how to take care of animals.
It was hard at first but then she remembered her little brother. And she used the techniques with her brother on the animals.
Posted 24 days ago Report
Link Quote Reply

The Mane Five are on the run. After getting out of a temple, most of the Mane Five rest except for Hitch and Sunny. They reminisce about all they have been going through. This journey Hitch never expected he would make.
And how Hitch and Sunny have to watch over the other three.
They start to feel like parents of a family, the Mane Five bonding even in adversity.
Sunny and Hitch embrace each other not quite telling their feelings yet but still embracing the quest for a better world.
An AU where harmony has still not been restored and its the Mane Five as fugitives against the world making allies and going into ancient temples to restore Equestria
Posted 24 days ago Report
Link Quote Reply

Applepie2021
Nostalgia Purist
An outbreak began under the annual Nightmare Night as Zecora and Spike was there. The crowd of feverish and tired ponies covered in spots, the zebra and the reptile all grabbed a creaking, yellow, clear, shiny, round balloon from the festival from the morning until the afternoon non stop. After that was Spike feeling how the striped horse brushed the creaking, yellow, clear, shiny, round balloon with a ghost printed on against his hardened spikes on his back from the afternoon until the evening non stop. 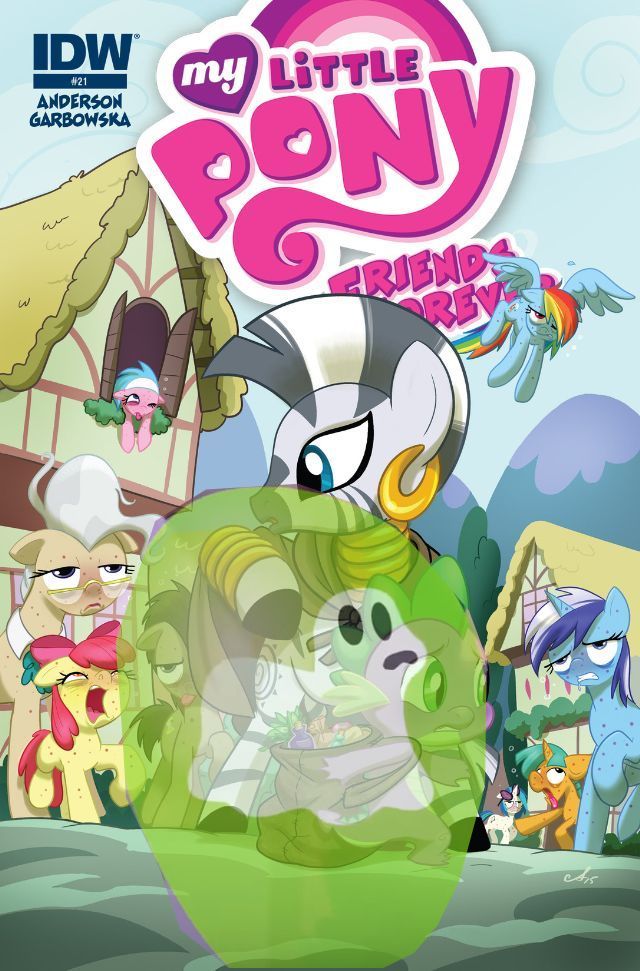 #332 Dibaryon
Another chapter (After almost a year :P)
Dream-Mix:Predawn
Posted about a month ago Report
Link Quote Reply

Applepie2021
Nostalgia Purist
One year had passed since Luna had returned at Nightmare Night. Applejack, Pinkie Pie, Twilight, Rainbow Dash and Spike was together in Raritys home while Rarity made Nightmare Night dresses for her friends. It were one of the last summer days while the sun was sinking behind the hills. Fluttershy was always home on Nightmare Night but she always knew that Applejack would come by for a sleepover that night. Later that night was the ponies and Spike trying to sleep while they waited for that special night. The ponies was wearing the same dresses as last year while they all met in Raritys house. In the meanwhile was ponies busy with preparing for the festival. There was fruits and candy for sale everywhere, while the band from Canterlot came up on the stage.
“I am going out and work with Applejack and Spike now so see you later tonight girls.” Twilight said to her friends in her Starswirl dress and beard.
So that night was Twilight working with Applejack and Spike at their carnival games. Some ponies was dressed up like ghosts, some like space travelling ponies and another like a shark. The Cutie Mark Crusaders they came also to the marketplace too that night. Luna came by in her chariot while the surprised crowd at the marketplace bowed for her.
“Hey Luna great to see you again.” Twilight said to Luna that came by at the farmer ponys carnival games.
“Nice to see you again too and I remember you Applejack from last year.” Luna said to Applejack.
“And now let the fun be doubled!” Luna shouted in her Canterlot voice.
Later on was Applejack, Spike and Twilight going around at the marketplace and Applejack and her friends was going to the other carnival games too that night. The baby dragon and the farmer pony they both danced to the band on the stage too.
”Good Evening everypony we have some music for tonight!” The Mayor said on the stage while the band from Canterlot playing.
The alicorn and her friends went to the park after the dance and there they met with Pinkie Pie, a crowd of fillies and Rainbow Dash on a cloud. he pegasus pony and her friends they walked around the park for a while under the moonlight. There was a view over the distant mountains and hills from that park. Nopony else was out in the quiet park at that time where the statute of Nightmare Moon was standing. Then the pegasus pony told a long story about how she and her friends went out at Nightmare Night for the first time as fillies. Applejack, Rainbow Dash and Fluttershy was like The Cutie Mark Crusaders at that time. At that Nightmare Night was they teaming up with filly Pinkie Pie. After the story was Rainbow Dash and her friends returning to the crowded marketplace.
Posted about a month ago Report
Link Quote Reply

USA says NO WAR
Unfortunately due to heavy bills, I cannot bring more pics until perhaps October. I know that is a long time, however, I am also about to be in-between jobs. So it is time to be responsible.
I am so sorry.
Posted about a month ago Report
Link Quote Reply

Looking at my past. Oof
@BigBuggyBastage
Funny thing is, I made one of my buddies panic because I shared some adhd memes, and they said those were incredibly relatable. I told him he probably had undiagnosed adhd lol.
Posted about a month ago Report
Link Quote Reply

Go fsck yourself
@Once-Communist Starlight
We do tend to travel in packs/herds. :3
What’s really funny is that, in a big crowd, we can usually pick each other out. LoL
Posted about a month ago Report
Link Quote Reply

Looking at my past. Oof
@97blackbird
At least where I’m from, you’re far more likely to meet someone with adhd than without.
Posted about a month ago Report
Link Quote Reply

Background Pony #A22C
Twilight finds a stone that allows her to go to different universes. She then gets a idea to make a interdimesional fighting force to protect the multiverse.
Posted about a month ago Report
Link Quote Reply