Based on a true story.
Posted about 1 hours ago Report
Link Quote Reply I saw these two collections at 2nd and Charles, the platinum collection for $113 and the other one for $80. Even though I already own Neon Genesis Evangelion on Blu Ray, I’m debating getting both collections with my refund check because they are rare and normally sell for $200 to $300. What do you think?
Posted 2 days ago Report
Link Quote Reply

@Background Pony #52C6
Shame on you, boy! Put some damn pants on, and then pull’ em down! ‘Cause it’s time for a spanking!
Posted 2 days ago Report
Link Quote Reply

Background Pony #52C6
Jotaro killed Dio by punching The World so hard it was destroyed.
I guess you could say that was
Puts on shades
Dio’s last Stand.
Posted 2 days ago Report
Link Quote Reply

4Town Fan
Fun Artist
@Dex Stewart
It was that or “Firestarter” on Tuesday.
Posted 3 days ago Report
Link Quote Reply 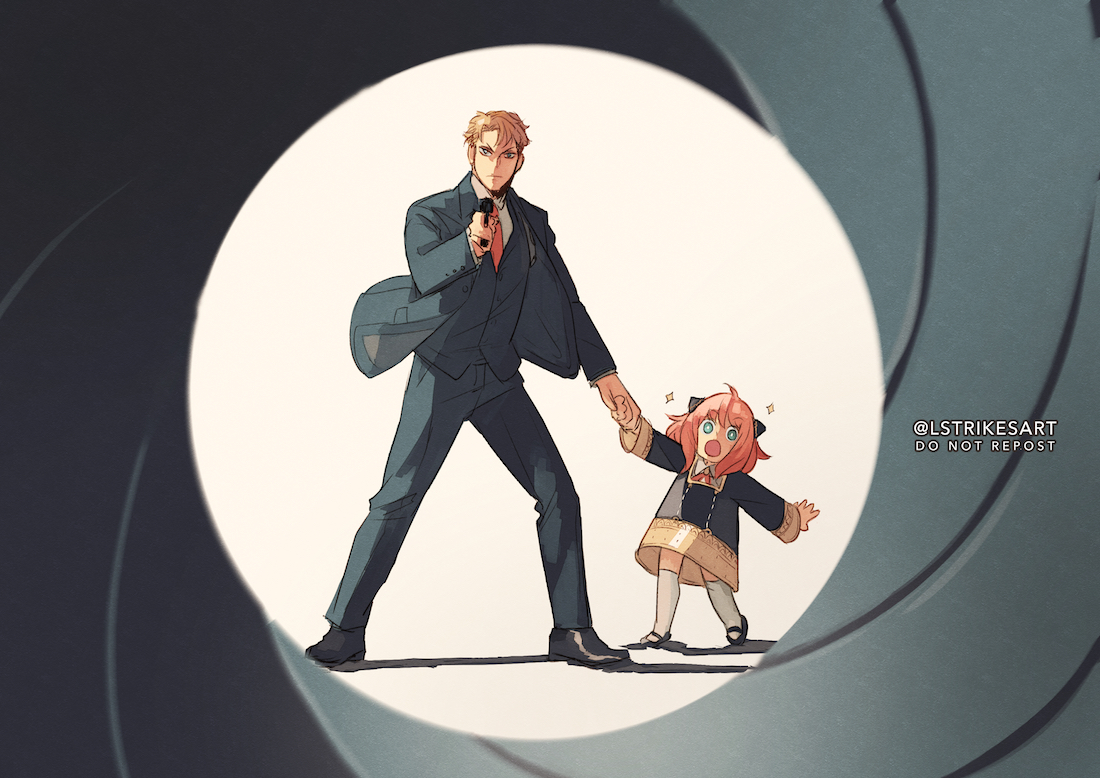 I II II L
I wrote a Toradora Mother’s Day fic. Let me know what you think.
It was Mother’s Day, and Ryuuji didn’t know how it came to this.
Ryuuji had a very unique relationship with his mother. At times, he was frustrated with her because he felt she acted too much like a child and not enough like a responsible adult. Yet at other times, he was taken aback by how mature and grown up his mother was, far more than he is even on his best day. Call it ignorance or what have you, but he sometimes assumed that he was the responsible one in the household, the one that is the glue keeping everything together. Yet in reality, not only is his mother the one paying the bills, but she single-handedly is the one keeping him on track to getting an education.
But today, on the day he is supposed to honor is mother, it somehow wasn’t about that. For he got into another argument with his girlfriend, the palmtop tiger. And this time, he is the one at fault.
When it comes to Mother’s Day, Ryuuji doesn’t spend much time coming up with gift ideas. A simple card and flowers will do the trick. After all, he has shown his love for her many a time verbally as well as physically. Their relationship was such that they knew they couldn’t be where they were without each other, so no simple gift could ever articulate that. So, imagine the horror on Ryuuji’s face when he saw a bunch of gifts on the table.
Individually, there were about 5 or 6 gifts each uniquely wrapped albeit messily, like something had gone wrong in a factory but they still managed to go through the assembly line. Yet to Ryuuji, it wasn’t about how poorly the gifts were wrapped, for the 5 or 6 gifts might as well had been 1000 gifts, way more than he had ever given to his mother for Mother’s Day. Ryuuji knew instinctively that it was his girlfriend who had bought all those gifts, and instead of thanking her for the nice gesture and for pouring her heart to his mother, he snapped at Taiga, yelling that she bought way too many gifts. Maybe it was because it made his gift seem paltry in comparison, or maybe because he felt that this was his day with his mother and Taiga made it seem like she was the better child, but Ryuuji ended up yelling at his girlfriend. And he felt pretty horrible about it.
“Hey.”
“Hey. How was work?”
“It was okay, I guess. A bit slow, though nothing seemed to go wrong.”
Ryuuji had started working at a post office right across the street from his house. Though at this time, he wishes he could send himself packing for the way he treated his girlfriend.
“So, listen, Taiga, I just want to say that–”
“I’m sorry.”
“…Sorry? Taiga, what are you apologizing for?”
“I should’ve known that this was your special day between you and your mother. I wanted to show her my gratitude for being an awesome parent, and like always, I overstepped that boundary. I’ll do better next time. It’s just that… well… your mother is the first adult that I feel really gets me and understands who I am. And seeing as how this is the first holiday I’ve spent with her since coming back, I wanted to show her my appreciation. I shouldn’t have done what I did.”
“Oh, Taiga. You did nothing wrong. Honest. I should have never yelled at you for giving my mother gifts. She’s as much your mom as she is my mom.”
“Well, mother-in-law, that is. It be kinda problematic if she was my actual mother given me and you’s relationship.”
“Even so, I had no reason to snap at you for just showing the kindness in your heart. That was an uncalled thing for me to do. I guess I reacted the way I did because I felt you were outshining me as a child. Here I am, just with a card and some flowers I bought for less than 5000 yen, and you bought her a ton of gifts for her. I guess I felt that I was the weak link of the family.”
Taiga laughs
“What’s so funny? Did I do something wrong?”
“No, it’s just that you? The weak link? I’ve seen the way you help out your mother, Ryuuji. This house would be hideous looking if it wasn’t for you. Also, since when is Mother’s Day a competition? I didn’t know you had to battle for your mother’s affection.”
“Yeah. I know. I was being silly.”
“What I appreciate about you, Ryuuji, is the fact that you do whatever you can to help out with your mother, be it cooking or cleaning or whatever. Try as I might, I could never be what your mother sees you as: a loving son who will always do his best to make things even better. Now, come on. We need to prepare for when Yasuko gets home so we can surprise her.”
“By the way, did you wrap all those gifts by yourself? They look terrible.”
“Not as terrible as your self-consciousness, you mangy mutt.”
“Oh, Taiga. I really miss this.”
Posted 10 days ago Report
Link Quote Reply

Jackpot! I Win Again!
I’m now up to Bleach episode 27.
I’ve been enjoying what I’ve seen so far. The characters are interesting, the artstyle is pretty good (though the animation itself is rather wonky at points), it has an interesting power system, and I love how it just oozes style all throughout.
I do have some gripes though. The pacing was a little too fast for the Substitute arc (which is ironic considering how people like to claim the series has the exact opposite problem), and the wonky animation kinds lessens the impact of some of the fight scenes.
I’m also watching it via the English dub, and… Yeah, you can definitely tell it was a mid 2000s dub. It’s not bad, not in the slightest, and there have been some great performances throughout (Rukia’s plea in Episode 17 comes to mind), but you can definitely tell they were trying to get the hang of it. But hey, it was the mid 2000s, so I don’t see any reason to harp on it, especially since I hear it gets better over time.
It’s a good start overall, and I can’t wait to see how Soul Society ends.
Posted 12 days ago Report
Edited 12 days ago
Link Quote Reply

Smiling Panzerfuchs 2.0
@RogueBadnik
As a German: Ah shit, here we go again… ;-)
But is that really Eren? Looks more like Reiner Braun to me. Well, I didn’t watch Attack on Titan after a certain point anyway. (shrugs)
Posted 13 days ago Report
Link Quote Reply

⌜Ω⌟
A new Eren Jeager figure was released, and oh boy who thought that would be a good idea to show that in social media 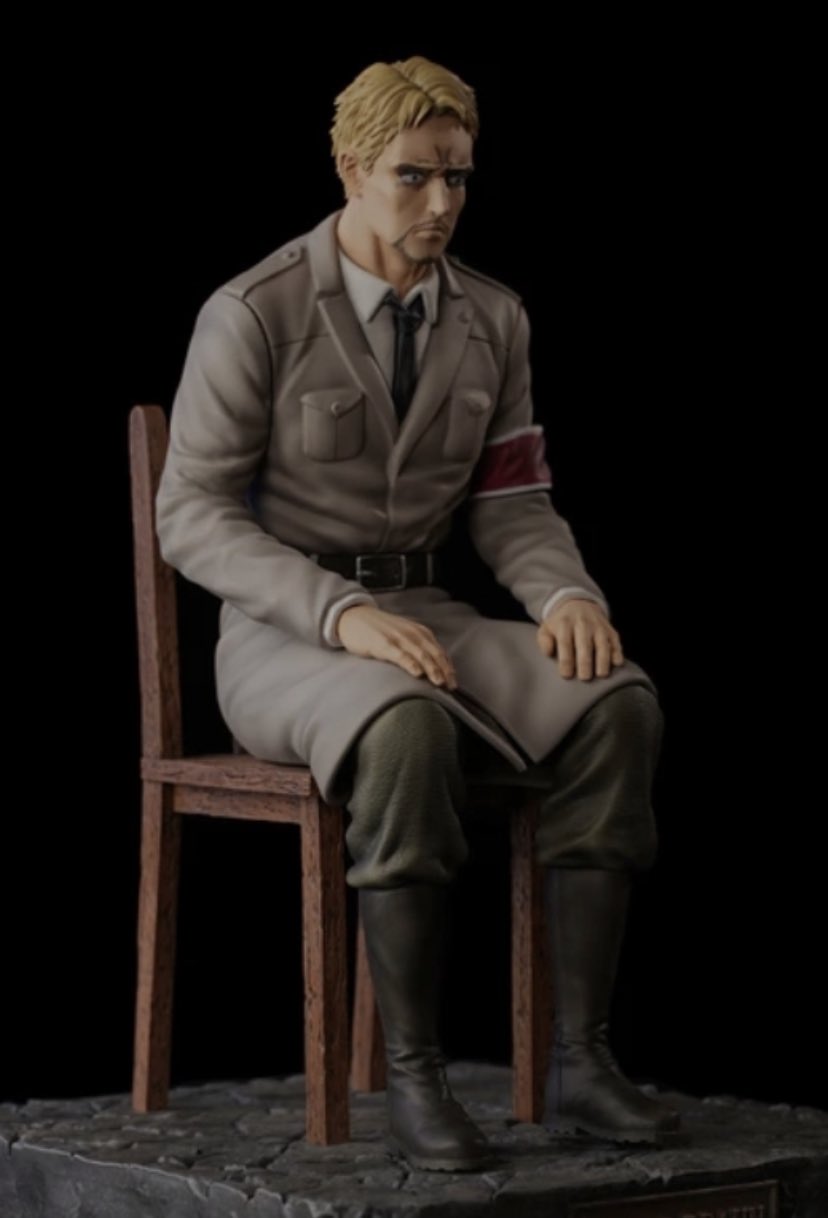