Derpibooru Community Collab! It is time for us to make another community collab image! Let us all have fun and draw some pony. Learn how to participate here.

Steel/Lonely type
Safe or Suggestive?
This image is blocked by your current filter - click here to display it anyway

Site Administrator
Site Developer
Tag Czar
@Meanlucario
Safe, it's barely a peak and not being done on purpose or super accentuated.
Further, on review, the black hole over anus image is Suggestive, as the more popular interpretation is as a symbolic censor rather than a part of her body.
Posted 1 years ago Report
Edited 1 years ago
Link Quote Reply

Safe or Suggestive?
Read this but still unsure.

Site Moderator
Badge Dragon
Tagged as safe, but Low Rider (the one on the left) has a crotchboob out and a sliver of areola.
This image is blocked by your current filter - click here to display it anyway

Steel/Lonely type
@Princess Luna
I'm not sure if it's a nipple myself. Maybe we should ask the artist.
Posted 1 years ago Report
Link Quote Reply

Site Administrator
Site Developer
Tag Czar
Semi-grimdark has been almost completely rewritten. The biggest changes are it capturing stuff that formerly was unclear between Safe and Grimdark (body lying in a pool of blood) and letting go of most of its implicative nature in favor of more concrete ideas (noose around the neck and such).
Posted 1 years ago Report
Link Quote Reply

Considering the pose and the uh plentiful obesity, I changed this from safe to suggestive. Right call?
This image is blocked by your current filter - click here to display it anyway

Site Administrator
Site Developer
Tag Czar
@saby
On posing, things have been tightened: You now need pretty good indication it's an attempt at seduction for Suggestive from posing alone.
However, considering the belly is such I'd suspect vore, Suggestive is probably correct. 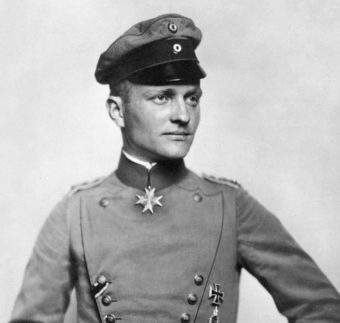 Steel/Lonely type
@TheMultiBrony21
Yes it is. Unless the rules were changed that much, the areola is Questionable if you can clearly see it.
Posted 1 years ago Report
Link Quote Reply

Mal Hearts
@Meanlucario
Yeah. I know. I just wasn't sure if it was Areola, or just very green pasties.
Posted 1 years ago Report
Link Quote Reply

never big enough
>>2040472 This fat fetish picture should be Suggestive, right? Since it has to be "Obesity to the point of preventing standing" to require the Questionable tag, and this pony is clearly still standing.
Posted 1 years ago Report
Link Quote Reply

never big enough
@Princess Luna
Okay, so it's not as clear as I initially thought. Still, I think his right front hoof, the one farther from the viewer, is on the floor (it's just higher up because of perspective). And his left front hoof is just off the ground because he's bending the knee and pastern, and he could still reach if he straightened that leg and just stood normally.

But eh. If you're still not convinced, I won't argue any further.

why
Does this count as suggestive under the new rules? Somnambula's outfit is see-through and she's obviously not wearing anything under it.