(Foil Hat)
I think I’ve cracked why Project Horizons is the one Fallout Equestria spinoff people still give as much as one permille of a shit about: It was long, very divisive, and had frequent enough updates that it was constantly talked about for 3-4 years straight. Meanwhile, Pink Eyes, aside from being much shorter, also received retroactive rewrites to some chapters, which is something that never works out, and after completing it Mimezinga went almost completely silent except for updates to the Ask Puppysmiles Tumblr until May this year, which is a surefire author suicide move. Meanwhile, Murky Number 7 I actually don’t know much about, so I can’t say. And Heroes should be included in textbooks as an example of what happens when you don’t update regularly enough.
Posted 3 years ago Report
Link Quote Reply 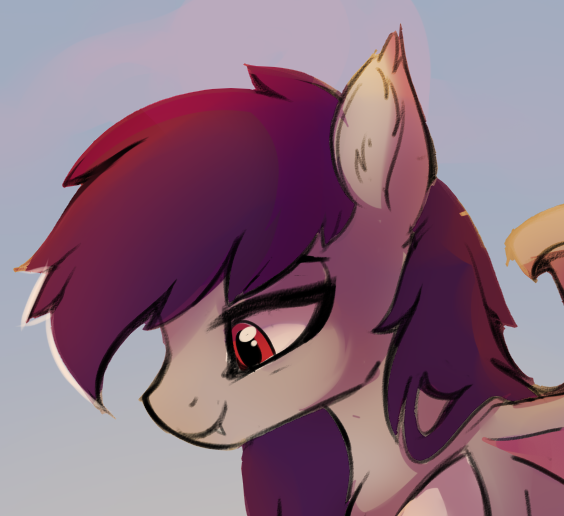 Floof batto
@Wiimeiser
No, it’s more of how silly it had gotten with some aspects of its story.
Posted 3 years ago Report
Link Quote Reply

Floof batto
@Wiimeiser
Cyborg alicorns and going to the Moon and shit is among one of them.
Posted 3 years ago Report
Link Quote Reply

(Foil Hat)
@Coldfire, the Bat
I guess stuff like that might stir up some discussion…
Posted 3 years ago Report
Link Quote Reply

Yeah, maybe PH has really amazing chapters and stories, but I never liked that kind of characters that are threaten as “the worst of all characters”.

⌜Ω⌟
@Wiimeiser
Nope, is a zebre necromancer that has the same amulet that gives him immortality like Rampage. What I mean that he was “the pinnacle of the war” is because he actually CAUSED everything that provoked the war. He caused the massacre in LittleHoof, he used the megaspell ideas shared by Fluttershy as a weapon, and was the one who ordered the bombing in Canterlot. Kinda like the antithesis of GoldenBlood, who was the one that made most of the shit of the war too.

And I repeat it again, I really don’t like when people creates characters that are mean to be described as “the source of everything bad”
Posted 3 years ago Report
Edited 3 years ago
Link Quote Reply

(Foil Hat)
I wonder, did the ponies originally have no nudity taboo before the megaspells fell, but later develop one, on about the level of the present day, after the fact, due to a combination of stable uniforms and necessary protection?
Posted 3 years ago Report
Link Quote Reply

⌜Ω⌟
@Wiimeiser
I always apply the bottomless rule like the cartoon does all the time. Only when is heavy armor, they are fully covered. Artists frequently draws their FOE ocs with no clothes.

I still need to a read a fic where they make fun of this:

Pony1: You ready to explore that area?

Pony2: Yep, the people from that village gifted my this leather armor. I feel really protected!

Pony1: sees still naked, unprotected butt Uh… you sure about that?

Right About Everything
@Wiimeiser
Funnily enough, the butt is the best place to be shot as a human. I’m guessing it would be the same for a pony.

Technically if you were going to have weak armor anywhere, it would be the rear, for the same reasons that tanks have thin armor there. If you’re well positioned tactically you’re going to be shot in the head or sides, and if you’re not… well you’re probably dead anyway.
Posted 3 years ago Report
Link Quote Reply

Right About Everything
@Wiimeiser
Wouldn’t really help though. If you’re having trouble with that, you’re in the position where they can just take it off.

And there are worse places to be shot. There’s no vital organs there at least, and taking a shot to the stomach and intestines is worse. And as I said, like with humans, most likely bullets will just be absorbed by the good ol’ Gluteus maximus.

Actually ponies are rather better off than humans, because their posture lends more protection to their groin area. Since the Femoral artery is sitting right there it’s pretty much one of the worst places to be shot, because you don’t even have the rib cage or skull protecting it’s critical locations.

Actually ponies are rather better off than humans

If we are talking about the MLP ones, it would be more easy to headshot them since how more bigger their heads have in proportion with their bodies.

No wonder how many FOE OCs are capable to shoot many ponies in the face so easily.

Right About Everything
@E-123
I headcanoned very thick skulls. Especially the frontal plate.

Getting scalped is a very common wound, and the most serious result is it gets blood in your eyes.
Posted 3 years ago Report
Link Quote Reply
user4897

Rape and other sexual harassments are very common within the FO-E universe. It is not rare to see mares or stallions being sexually forced, often in exchange for money and/or protection
Posted 3 years ago Report
Edited 3 years ago
Link Quote Reply

⌜Ω⌟
@RhodieNite
My problem with rape in FO-E is when the author overdo it so much only to show how crappy the world is.
Yeah I get, things like that happen but geez, not need to make scenes of full rape, we get it.

It feels like I am watching Violence Jack, and not Fallout.

Back thigh protection is more important.

Could have evolved from that for all we know. The English word for rabbit was originally “coney”, for example.
Posted 3 years ago Report
Link Quote Reply

⌜Ω⌟
The best way to understand how must a pony should use armor in the right way is by looking at the medieval pictures. 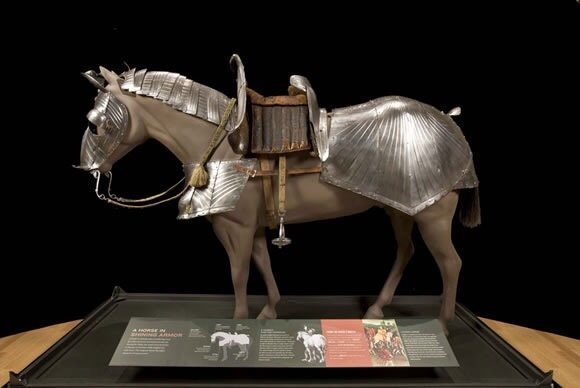 Here you can see which parts are the priority to protect, like the back thigh, the shoulders, the sifles, flank, the crest and head.

I think ponies would need to protect more their flanks, legs and back thighs. Their necks are too short to have heavy protection (like humans) and their chest is to tiny too (The way to hunt a quadruped is to shoot it in one side, because they expose their heart and other vital organs)

Right About Everything
@E-123
To be fair, that’s heavy armour. Also medieval armour, specialised for melee combat and arrow fire rather than firearms. It’s generally light, modern armor we’re talking about here, which in humans generally means a vest, and maybe a helmet.

As I said, I prefer to think of them like tanks, especially Earth ponies. Pegasi might be different, because their mobility means they’re more likely to be exposed to fire from multiple angles (at the very least, armouring their bellies is more important).

(Foil Hat)
Is anyone interested in putting Speak stuff up on the wiki? It sorely needs it.