Derpibooru Community Collab is back! Join our annual collaborative mega-picture featuring your characters. Learn more here.
104 168 163 5 109
Subscribe
Galleries
Featured in
Sign in to create a gallery
Related
View VS Download DS
Uploaded 11 months ago by miky94c

Send massage
This stance is really funny. It gives “Meek dad tries to stand up to teenage son to prevent him going to a concert”
Posted 15 days ago Report
Edited 5 days ago
Link Quote Reply

The opportunity is there by Twilight simply existing.

Fwelin
@SunlightDrifter
Leaving open the opportunity for friendship and a second (or third, or fifth) chance IS the effort that they gave the villains, and it’s an entirely sufficient effort as the first step. After that, it was up to the villains to make the next step by accepting it (or at least proving potentially open to it), without which reformation is impossible. The three villains were not scarred amd trying to do the right thing like Starlight was, or unfamiliar with empathy like Discord was; they repeatedly chose to do evil for personal gain entirely of their own will, and they made it entirely clear through their actions and statements that they would not choose to accept anything but one-sided conquest amd revenge under any circumstances. One cannot attempt to one-sidedly accomodate them endlessly “just in case” they change their mind this time despite them absolutely refusing to do so multiple times before, because they will eventually win if given enough chances, even Cozy Glow. Twilight is not in the wrong for not wishing to gamble the fate of countless in pursuit of a redemption that the villains had already shown to be unwillling to entertain, including again at that very moment.
The instant any of them had shown a willingness to consider reciprocating, they would have immediately found the opportunity needed for them to walk the path to redemption, and they sould have known that, given their knowledge of Twilight and Equestria (both personally and through Cozy’s time at the school). Instead, they steadfastly refused to even consider it, even after experiencing it for themselves with each other.
Friendship IS magic, but that doesn’t mean it’s flawless.
There’s also the possible angle that it wasn’t up to Twilight in the first place, considering that she wasn’t the ruler yet and was obligated to follow at the time. I’m not personally convinced by this, since the writers logically should have had someone mention it if Twilight wasn’t in favor of the general act if this was what they were going for, but it’s something to consider as a possibility.
As for the final point, I very much disagree. Literally every single other example of petrification (cockatrice, EoH, Tempest’s bombs) we’ve seen has been reversible in some way, and there’s no reason to conclude that this one is any different. Even if there’s no built-in time limit, it’s unimaginable that it could not be reversed later if Equestria so wished. Discord intending to keep them petrified forever (or even not and just being a bit poetic and metaphorical with that one line) does not mean they actually will be.
Posted 9 months ago Report
Edited 9 months ago
Link Quote Reply
SunlightDrifter
@Fwelin
As has been stated countless times at this point, the moral of “you need to learn some people can’t be redeemed” falls flat when little to no effort has been put forth to see if that’s true. Closest to there so much as being an attempt to reach out was Chrysalis, by Starlight one time rather than any of the Mane 6, and that’s rather insufficient when you have a character like Discord who blatantly laughed in the face at the mere idea of reformation, and relapsed numerous times while still receiving many chances, actual attempts to get to know him and show him undeserved kindness, and a LOT of leeway along the way.
That’s not the moral or the lesson that they’re imparting here, or at least if that was somehow meant to be the lesson it is so poorly conveyed it doesn’t even register.
The good guys win and the bad guys lose and we put them in a fridge horror scenario, including the child who was for all her intelligence is just as powerful as a regular child, not because we had to, but because revenge is something only good guys can partake in and get away with. A jail cell would have worked just fine, assuming Discord didn’t pull them out and set them on a warpath again, but we had bruised egos to alleviate.
The moral of the story is “Friendship is magic, when we feel like it.” and that’s a very big flaw for a show that at other times has sent the polar opposite message.
The idea that being turned to stone is not “forever” forever is just a headcanon to make the final act feel less icky, when that is clearly not the intent.
Posted 9 months ago Report
Link Quote Reply

Fwelin
I wholeheartedly disgree with the image description. While it should have been Twilight making the decision at the end instead of Celestia taking over for some ridiculous reason, the resolution is fine. Friendship is magic, but neither friendship nor magic are perfect. They don’t make it always possible to successfully turn someone around, and learning you sometimes have to put your foot down is also a good lesson. Redemption requires participation on both sides, and these three clearly showed that they were not willing to give an inch (and no, Cozy being a child matters not one bit when she’s been consistently portrayed as the mental equal to a full adult in every way). Recognizing that some people can’t be swayed by forgiveness and second chances is fully consistent with all that the show has presented, and doesn’t contradict any messages or character arcs at all.
Plus, regardless of what Discord says, turning to stone isn’t definitively permanent, which keeps the door open to the situation regarding those three turning around someday down the line.
The Ending of the End is definitely flawed in a number of ways, and it’s pretty cruel of the writers to tease the reformation of the three in Frenemies if they were going to have them go down fighting in the end, but the actual resolution of the three villains’ isn’t one of them (at least conceptually; the execution has issues).
Posted 9 months ago Report
Edited 9 months ago
Link Quote Reply
derpykamina
<Discontinued>
Well, if anybody has seen the new movie, we all know what happened to Equestria. It’s freakin’ hilarious.
The war happened and everything ‘friendship’ left with it. 😂
Posted 9 months ago Report
Link Quote Reply
CronoM
>reads the description
I couldn’t agree more with this if I tried.
Bravo.
Posted 10 months ago Report
Edited 10 months ago
Link Quote Reply

SombodyElse
Mare Behinds are best
I’m loving the comic so far.
This whole business of just kind of killing those three off because it proved more difficult than usual was a point of interest for me ever since..
I even had my own headcanon for what happens next, definitely involving rescuing the trio, with chrysalis proving to be exceptionally more complex.
Reading the description definitely opened my eyes. You weren’t kidding when you said “Character assassination”.
@JamesGryph
I also asked the same question, seems like OP implies it was supposed to be different.
Posted 10 months ago Report
Link Quote Reply 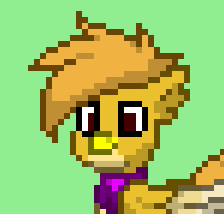 I’ve been too busy to pay attention to this comic, but man the comments on these last two pages are something. The other one is even locked now.

Well, Twilight can destroy a universe so…

And here I already used a facepalm image…
@McDickFace11
That honestly explains everything.