Broken Ball of 💽TM21
@Background Pony #C5F0
That’s why so many are flipping to anime.

@Background Pony #C5F0
Is it me, or does this happen to most, I guess you could call them, ‘millenial-friendly’ cartoons?
Posted about a year ago Report
Link Quote Reply

Jackpot! I Win Again!
@Dex Stewart
At least it looks better than the She-Ra reboot.

@Background Pony #C5F0
And once again, Disney continues to prove that they hate their fans.
Posted about a year ago Report
Link Quote Reply

@Cyborg_pony
I guess a wizard did it. Or a Trollan.

There’s a vid I just saw about Changing characters to avoid royalties since in essence, it’s a different character with the same name. Which actually explains a lot as the reason as to why they change characters, usually with the easiest way.

So, in a very ironic way, those cheering for these representations are really cheering for companies being cheap and screwing over the people that created the characters in the process.

@Penguin Dragneel
From what I’ve seen with that powercon that stated “Teela’s journy” Kevin “I make vids about rumor, but how dare someone hear a rumor about my show” Smith’s small meltdown, the article saying at some point the show takes a different turn. At worst it’ll be a polished turd and Smith. 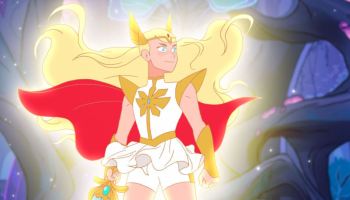 They definitely made a better choice of what images to show first.

Jackpot! I Win Again!
@Dex Stewart
Definitely. At least this time, there doesn’t seem to be a clash between fans, incels, and Twitter users over the designs.
Posted about a year ago Report
Link Quote Reply

Ecto-Phase,Activate!
@Penguin Dragneel
She-ra was the most radically rebooted series MotU ever had,so some backlash should have been expected.
Posted about a year ago Report
Link Quote Reply

Jackpot! I Win Again!
@Dex Stewart
I never said the backlash was unwarranted. It’s just that any discussion about the bad qualities quickly devolved into Twitter nutjobs insulting fans who didn’t like it, and right-wing grifters attacking the staff who worked on it. Not to mention both sides blasting each other like it was some kind of war.
Posted about a year ago Report
Link Quote Reply

Ecto-Phase,Activate!
@Penguin Dragneel
Unfortunate. It was a fun little show. I’m wondering how much of an influence it’ll have on future She-ra interpretations.
Posted about a year ago Report
Link Quote Reply

@Dex Stewart
When you look more closely, the show wasn’t a reboot in any capacity since it had nothing to do with MotU and only used what it could (Such as Greyskull being a nebulous concept) and in essence was a several million dollar show of Stevenson’s diary about the one that got away and just Needed to learn to love her which cultivates after ALL the abuse suffered, it’s just “I Realize I love you. Kissy, kissy, kiss.” and everything is resolved despite the numerous war crimes.

Then there’s her mommy issues showing A Queen and military commander trying to think before acting as the show pins her as a “Coward” for not being bullheaded and rushing off on dangerous missions having no one knowing, which the end result was “Oh, she’s dead now. I’m in charge now. Yay me.”

Looking at it with that perspective, it makes since how the “main characters” plots go and everything else is just there as window dressing, which cultivates into many one-note and very tropish stereotypes for the rest of the cast who didn’t change much through out the show other then who they’ve been shipped.


@Penguin Dragneel
Didn’t help Stevenson was a known agitator and the articles painting the show as a god-send and anyone who as minor as just not caring about it as the next Hitler. Ironically, painted many women others with a broad brush as to lump them in with straight H’WITE MALES and essential erasing their voices, but since they didn’t walk in lock-step, they’re voices like many other times, did not matter. . . . That sounds familiar.

Ironically, one that had 7 to 10 articles out a day was shut down recently. What a twist.
Posted about a year ago Report
Link Quote Reply

Jackpot! I Win Again!
@Dex Stewart
It just looked boring to me. Not to mention, it used that STUPID cliché of forgiving and falling in love with someone who caused you emotional (and sometimes physical) trauma.

I really hate that trope if you couldn’t tell.
Posted about a year ago Report
Link Quote Reply

Broken Ball of 💽TM21
@northern haste
So it is going where I thought it would.
Posted 12 months ago Report
Link Quote Reply

@WyrmSpawN
I dunno, the ending pretty much wrapped it up nicely. They seem to have already adapted to the shift. What more could they do with Monsters Inc?

Cars and Toy Story are pretty much done, so at least it’s not sequel, after sequel.

Broken Ball of 💽TM21
@Cyborg_pony
It seems like a between the ending and the epilogue kind of deal, showing what work it took to get the latter and how outsiders coming in experience the paradigm shift.
Posted 12 months ago Report
Link Quote Reply

Then there’s her mommy issues showing A Queen and military commander trying to think before acting as the show pins her as a “Coward” for not being bullheaded and rushing off on dangerous missions having no one knowing, which the end result was “Oh, she’s dead now. I’m in charge now. Yay me.”
Looking at it with that perspective, it makes since how the “main characters” plots go and everything else is just there as window dressing, which cultivates into many one-note and very tropish stereotypes for the rest of the cast who didn’t change much through out the show other then who they’ve been shipped.

Based on a true story.
Posted 12 months ago Report
Link Quote Reply

@WyrmSpawN
Yeah, that’s what I thought. I don’t know what they’d do for a sequel. I feel like that could be a setting up for one to show how much time had passed - but, I don’t think it would work since at the end Boo still sounded rather young saying “Kitty” so like what, a year or two? Who knows they’ll probably soft retcon that.

With having talked about Cryptids so they age very slow. Although, having them we called them was kind of lame since it would have been better with normal names like Mike saying “Remember George? Herriot?” Then Sully meets the abominable snowman and he calls him by his name then the audience could be two and two together that Monsters seems around are from that world. Spelling it out gives no faith to the audience

Crossover Specialist
@Dex Stewart
I just kinda fell out of it in the middle of the 1st season. It was okay, but I didn’t have the same interest in it as I did with He-Man (2002). I might jump back into it just to finish the 1st season and that’s it.

I should just quit animation for good, it’s lost cause…

No offense, but it sounds really shortsighted to just give up on Western Animation as a whole simply like that and it just shows limited your scope is (that’s not even getting into European animation). Considering we just have good content coming out such as Invincible, Castlevania, The Mitchells vs. The Machines, Final Space, Lego Monkie Kid and etc with more interesting stuff on the way this is far from a dark age for Western Animation.
Posted 12 months ago Report
Edited 12 months ago
Link Quote Reply
Background Pony #C5F0
@Salamenace

Did I forget to mention that Adult animation is not for me? Because yes, there ARE a lot of good adult cartoon shows lately, but I’m not a fan of that so… yeah…

There is one last advice I want to give you, for The Dragon Prince:

I’ve decided to plan this emergency measure for The Dragon Prince (after that disappointing comic) and for The Owl House (after learning that the third and last season would have been the last one AND would have had just three 44 minutes episodes).

I love the characters of both these shows, and to be honest… pretending they never existed only because of a disappointing ending is not really the best solution. I did that with Star Vs the Forces of Evil, and it isn’t the most pleasing feeling for me to pretend like if the whole show is now a giant World of Nothing.

So if deep down you still care for TDP and its characters, I suggest you to remember this advice of mine (always by ignoring the fandom of course). That is all.
Posted 12 months ago Report
Link Quote Reply

Ecto-Phase,Activate!
@Background Pony #C5F0
Power Rangers fans feel similarly to Dino Charge. It’s not so easy to ignore, though. The finale that changed history and set Dino Charge in a separate universe is something that’s been brought back and referenced in every season since.
Posted 12 months ago Report
Link Quote Reply

Ocs,Boops,Tickles&Memes
HBO Max is going to be releasing a new Batman animated series being made by JJ Abramas, Bruce Timm and Matt Reaves, along with A new animated Superman show featuring Clark Kent during his early years as Superman 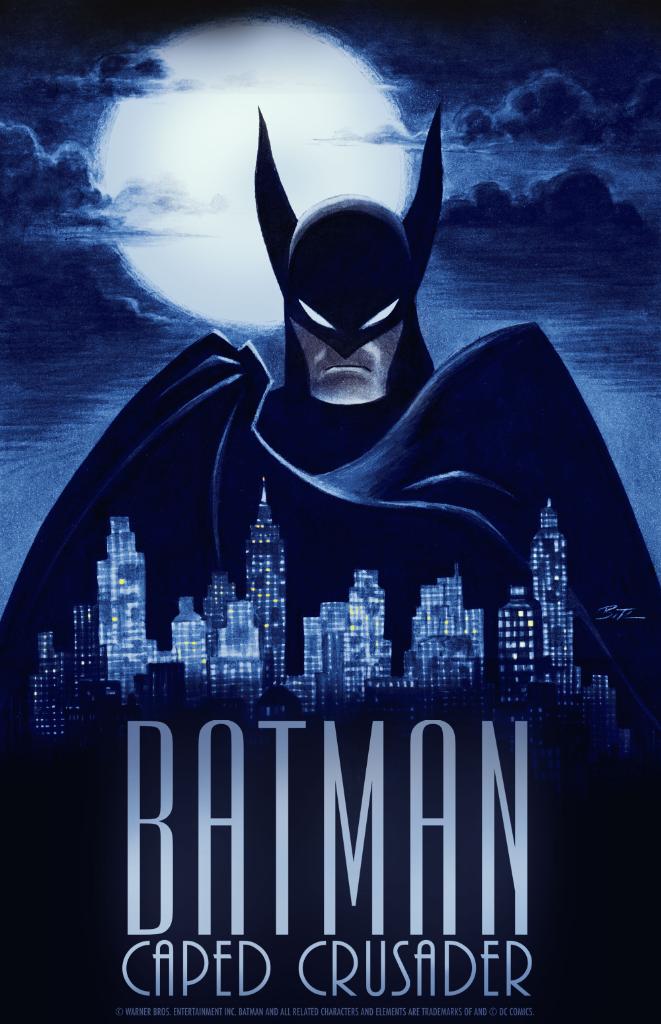 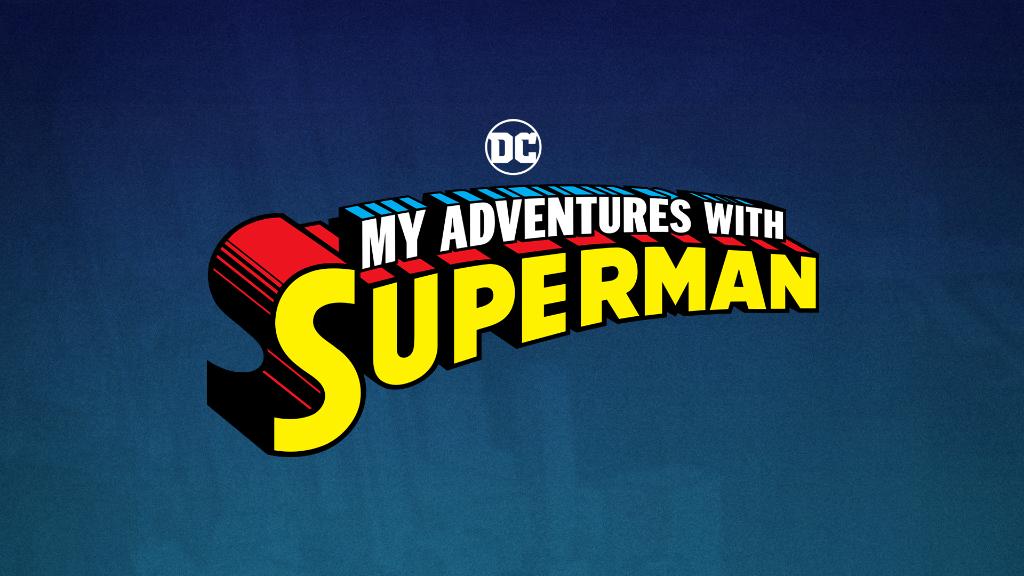 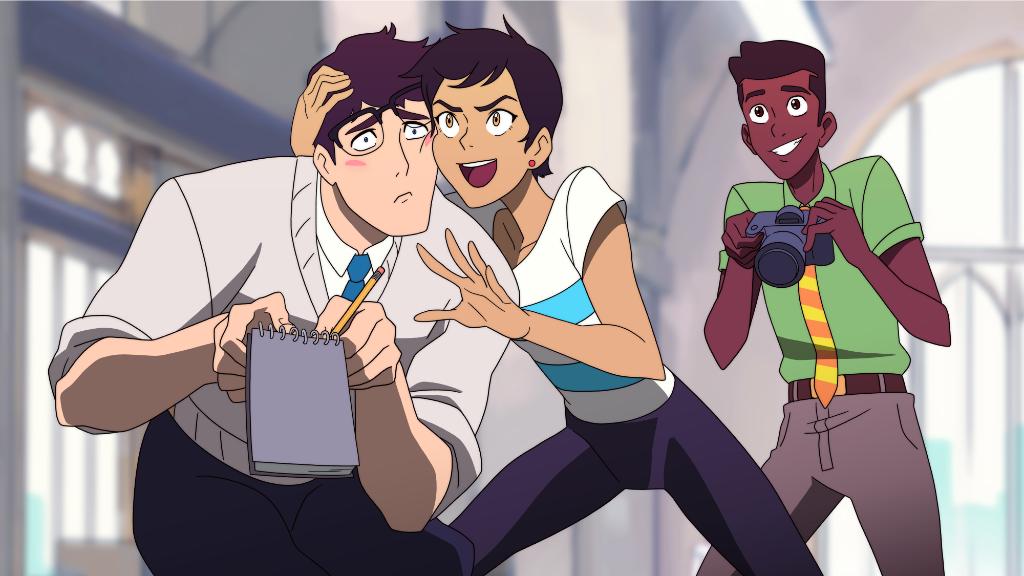 @ichiban iceychan 1517
Why does Batman look like the 1940’s version? the detective in a Dracula cape that would bust a cap in crooks.


Superman: “We’re trying to be anime, but not anime, but want to soak up anime’s success.” Will they figure out why people like anime?

Broken Ball of 💽TM21
@ichiban iceychan 1517
Why does that chick look that girl from the owl house?
Posted 12 months ago Report
Link Quote Reply